20 Unique Chinese Beer That You Should Know

Did you know that beer is the 3rd popular drink in the world today?

Surprisingly, when you think or talk of beer, countries like Britain, America Holland and Germany are the first that come to mind. However, we need to widen our scope of the beer market and think further east. According to FOX business report, China is the world’s largest beer market.

Well, now you know that this country is not only about cultural history, the food, coffee and tea it’s also about the fastest growing beverage called beer. The Chinese socialize from Sunday down to another Sunday.

They don’t wait for the weekend to have fun. This is especially so during summer days. You find people chatting over beer at barbecue stands, at bars and restaurants.

THE 20 KINDS OF BEER 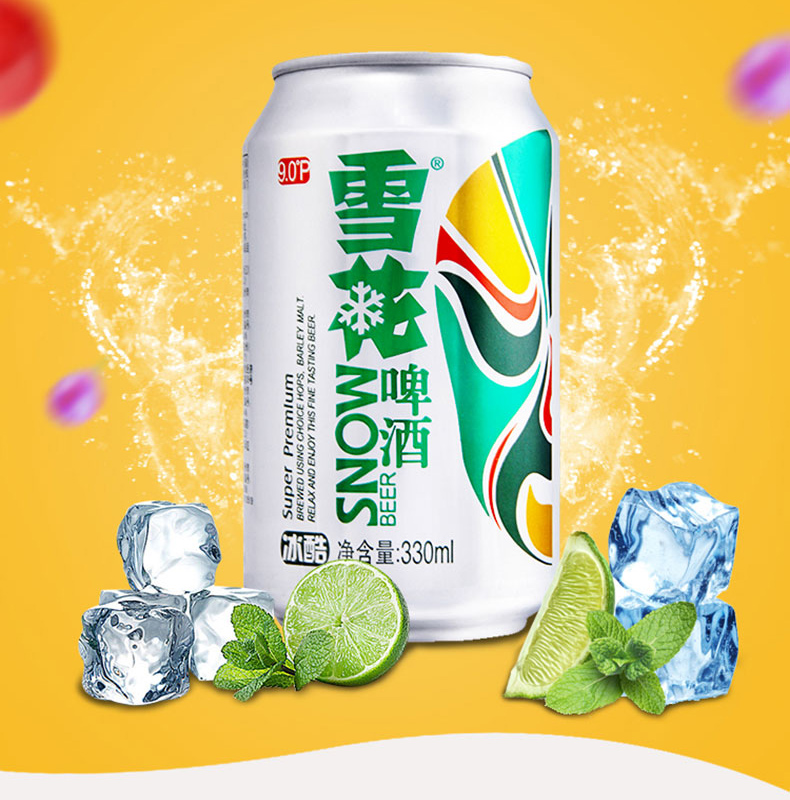 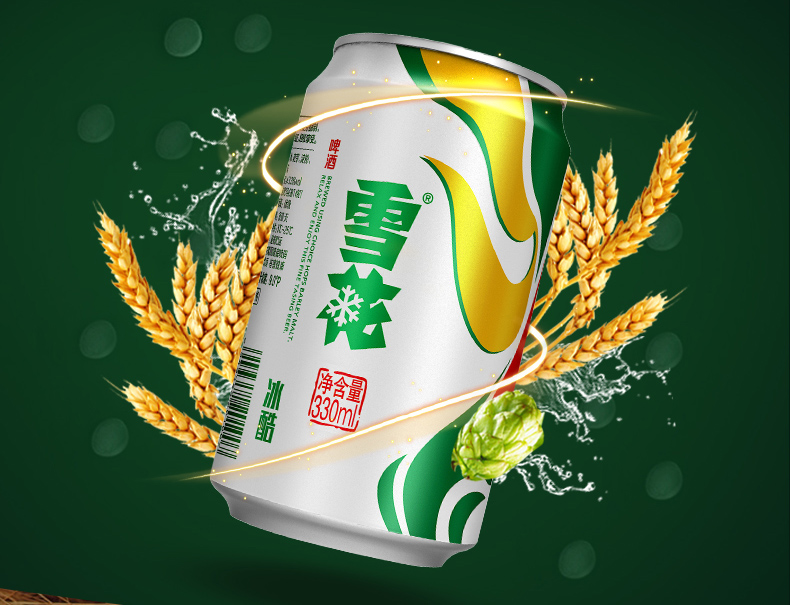 This is a Pale Ale made by SABMiller and China resource enterprise. While it is possible that if you stay outside China you might have never heard of this beer, it’s the world’s top-selling brand by volume. We owe this to the fact that China has a high population (20% of the world’s population). The beer brand sells about 2.8 trillion gallons of beer.

This beer is a good accompaniment to the spicy Chinese food. It is best described as a Euro pale kind of beer. It is light, refreshing and crisp which suits those who are looking for a beer that is light. 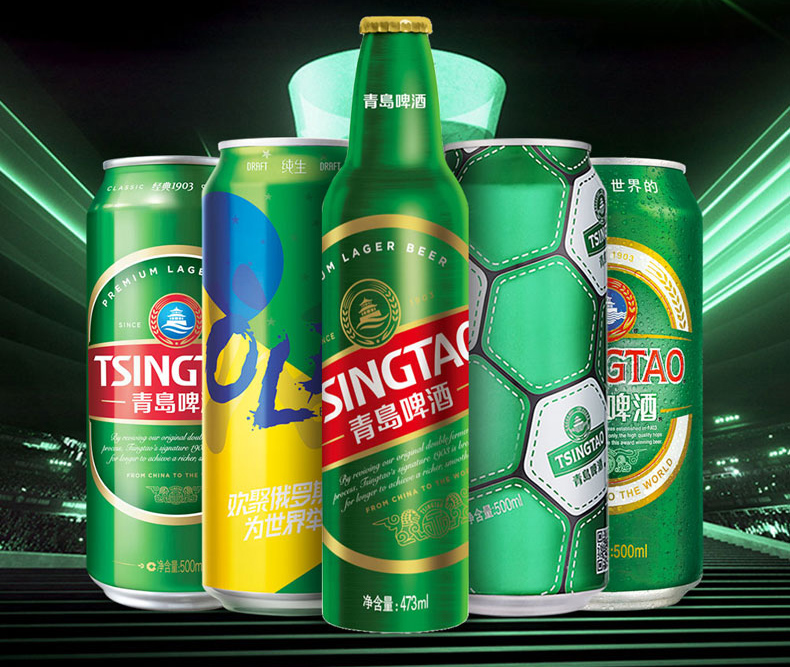 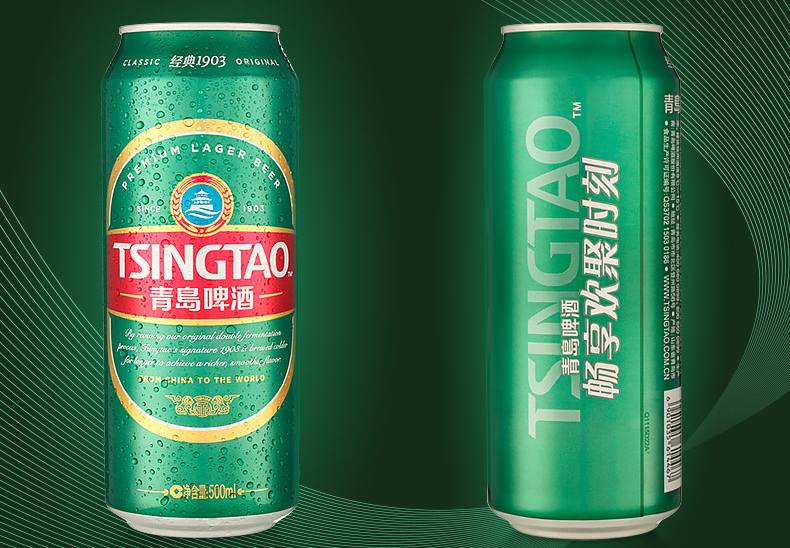 This is another Euro pale larger kind of beer produced by Tsingtao brewery company. It was founded by the British and Germans in Qingdao China. The German style brewed beer was brought to the Chinese market for the Westerners who settled in this country. They use high-quality raw material (fine hops, barley, rice) and mineral water from Laoshan spring for the beer brewing.

The crystal clear and light-yellow beer has about 4% alcohol. It has a clean and fresh aroma with a malty flavor and well-hopped character which makes it well balanced in flavor. The techniques employed in the brewing process are high and world class. 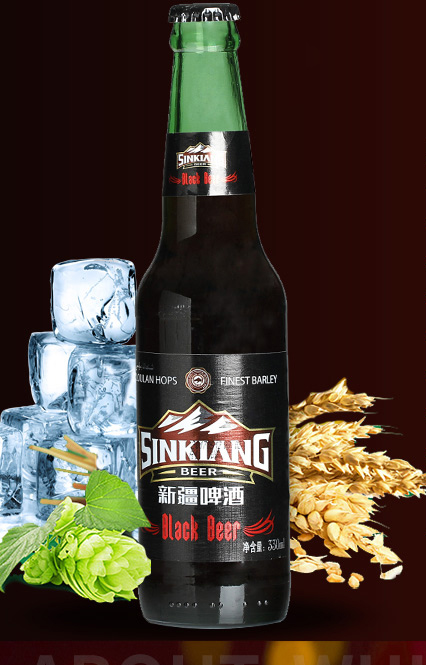 It is also known as Xinjiang black beer. It’s made using hops from Loulan-Northwest China. The beer has a strong nut aroma and a strong flavor. It also tastes like strong brown sugar. If you love the American dark larger this would substitute it when in China. You can find the beer in all Xinjiang restaurants mainly because it complements the hot spicy dishes served in the restaurants. 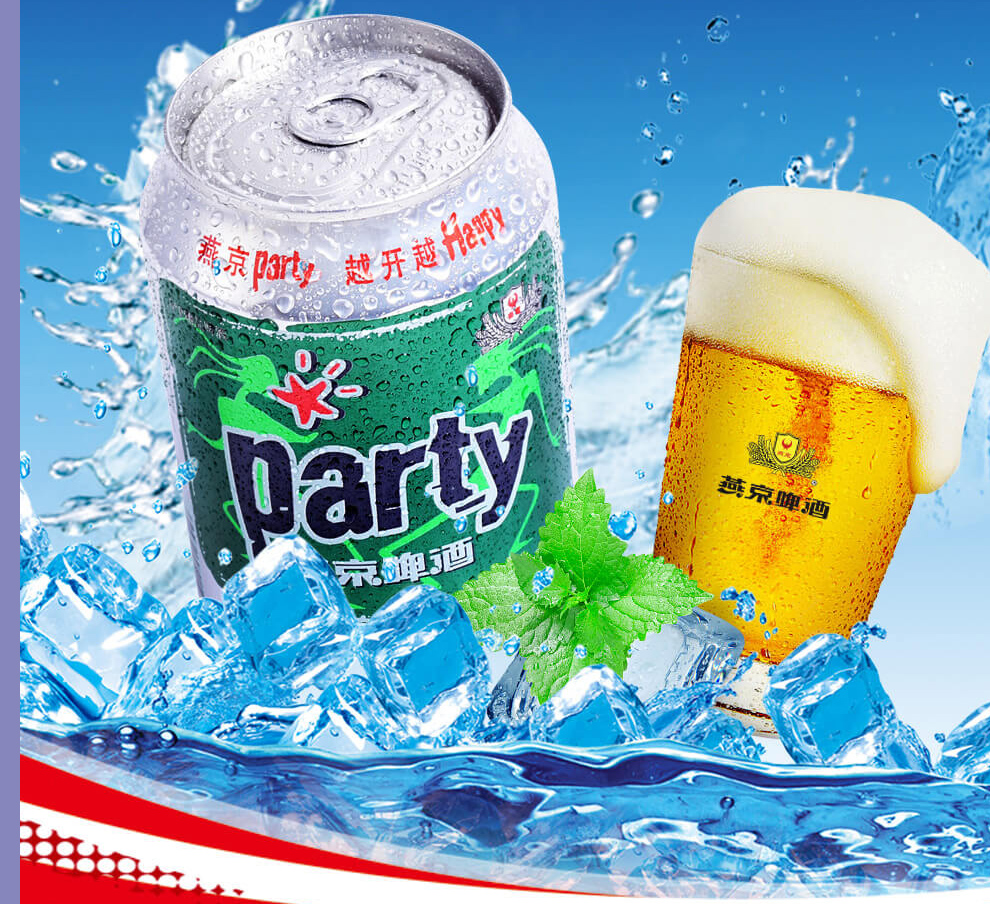 This beer has been nicknamed ‘the real taste of China’ because of the way Chinese enjoy it. It’s another top-selling beer in the country. Yanjing beer is a clean, smooth and refreshing rice beer. The brewing factory uses water from the springs of Yunshan mountain in Beijing. The quality must have been the reason for its 2008 Beijing Olympics sponsor.

It’s a product of the Beijing Yanjing brewery that employs the latest tech for brewing. They concentrate on the quality which has made them win various awards. 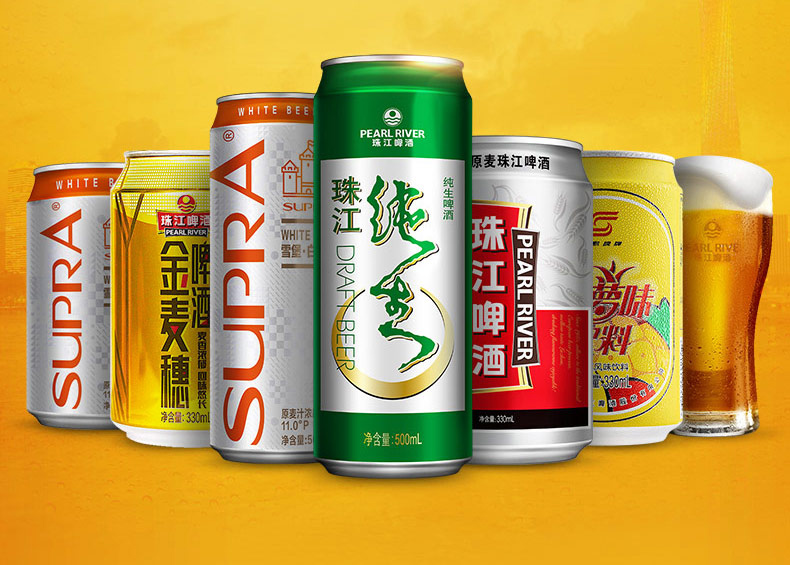 This is another Euro pale lager style of beer. The beer is brewed by the Zhujiang brewers which are located at Guangzhou. It lies along pearl river delta. This region is well known for its rich culinary skills. The beer from one of the world’s largest single-site production brewery is best used to accompany their food.

The pearl river beer is another leading brand in the country with about 48000 bottles consumed every hour. The water used in the brewing is from a natural source spring then combined with German yeast, Czech hops and Canadian barley malt. Talk of quality, no wonder it is not only common in China but in countries abroad as well. 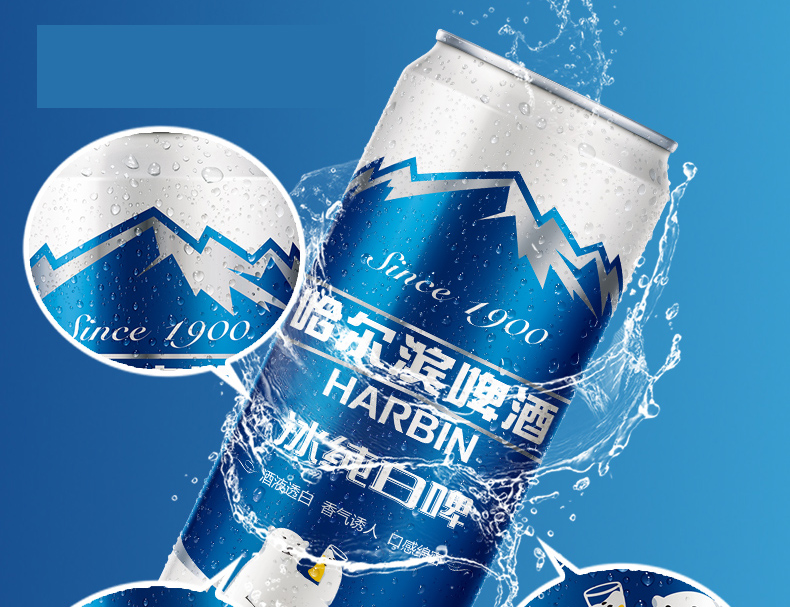 This is the oldest beer brand in the country. It was first brewed in the 1900s and became a champion in Northeast China after the financial aid by the government. Harbin brewery has focused on beer production ever since it started.

The beer brings a pure good taste from its European and Chinese hops, two-row malt, rice and German yeast. The taste is further influenced by the culture and traditions of the Chinese. Although the beer is common in the Northeast China region, it’s constantly striving to become a national and global beer. 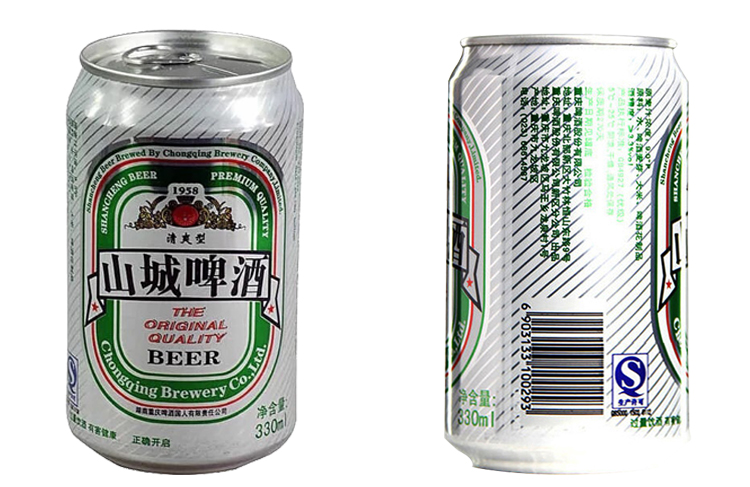 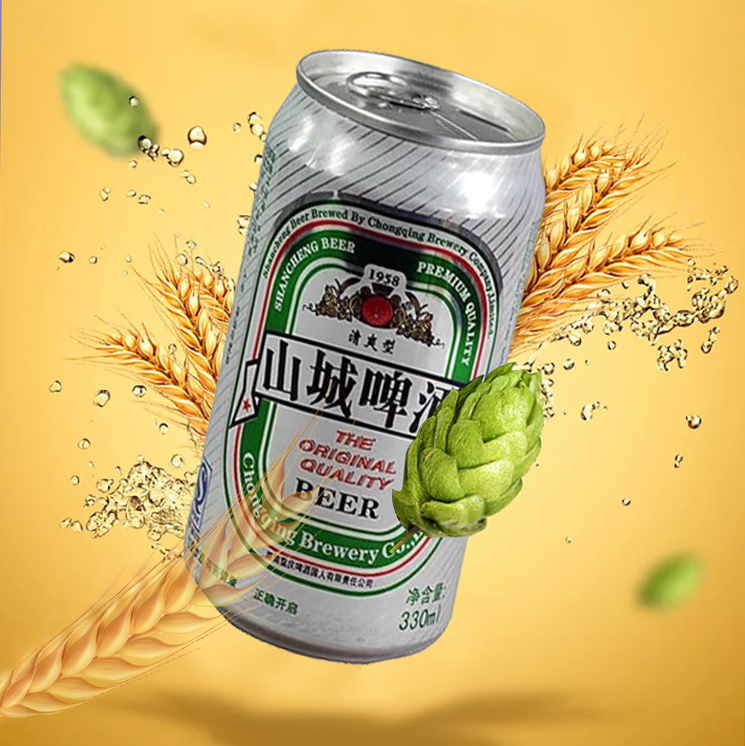 This American adjunct lager style beer is brewed by Chongqing breweries and is also popular in Chongqing region in the south-west of China. It tastes like honey with a touch of rice almond malt. It further has a medium body and dry finish. It is dark gold in color and smells like honey and malt.

The beer is famed for its refreshing taste and perfect accompaniment to the Chongqing hot pot meal. 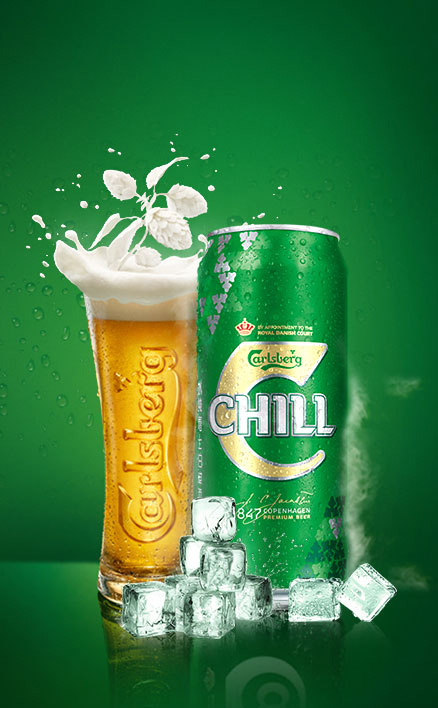 It was one of the first beer brands to be imported by China. This may have happened over 150 years ago. Although, it officially began its business in China in 1978. The brewery has over the years focused on meeting their consumer demands.

This Danish larger is quite famous in Chinese western regions. 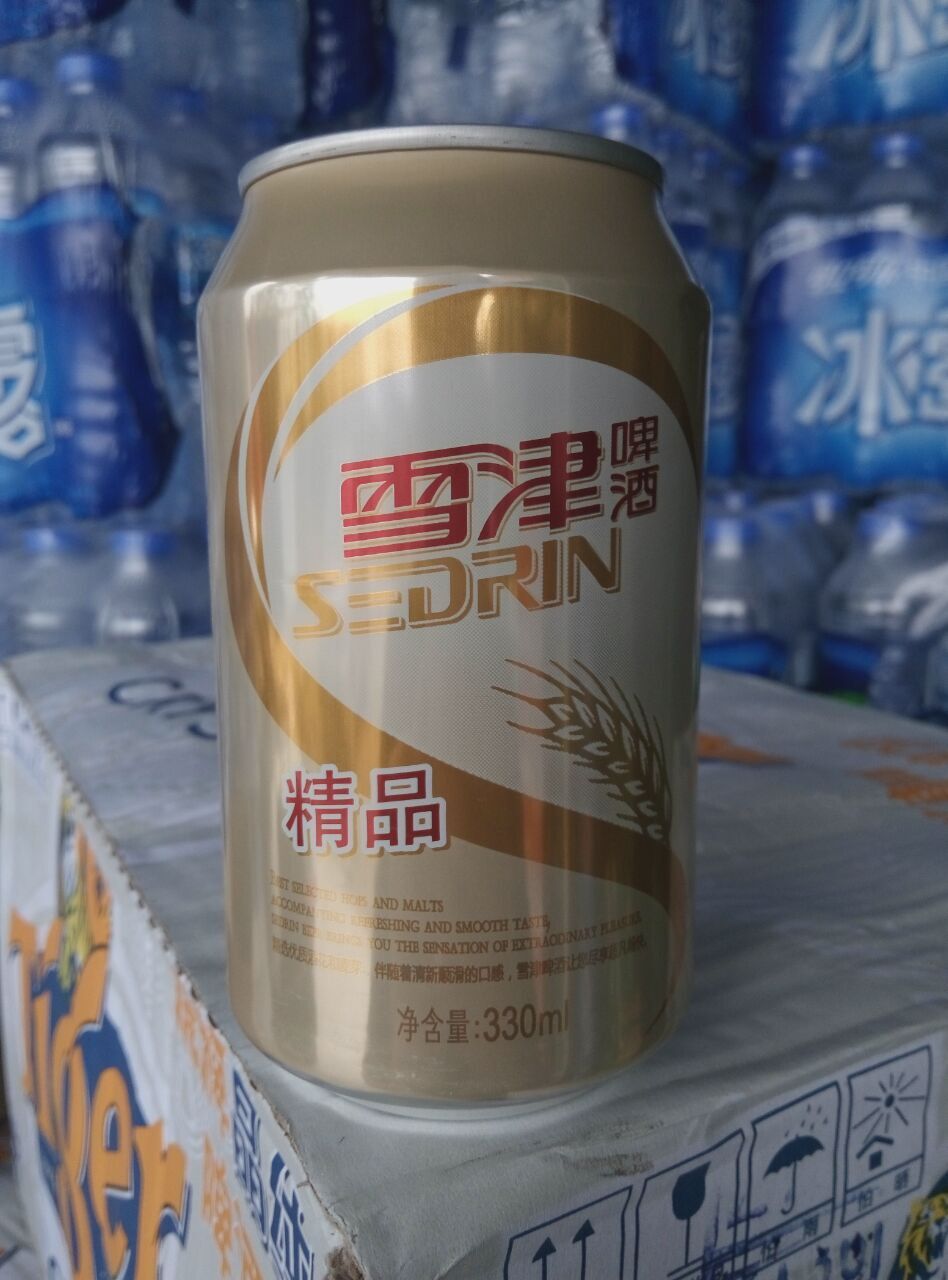 The beer is produced in Fujian province in China by the Sedrin breweries. This pale larger brings the enjoyment and originality in taste as well as refreshing taste. It is made by combining malt and hops which greatly influence its taste.

It produces white and smooth foams. The beer is also light and suitable for young people. 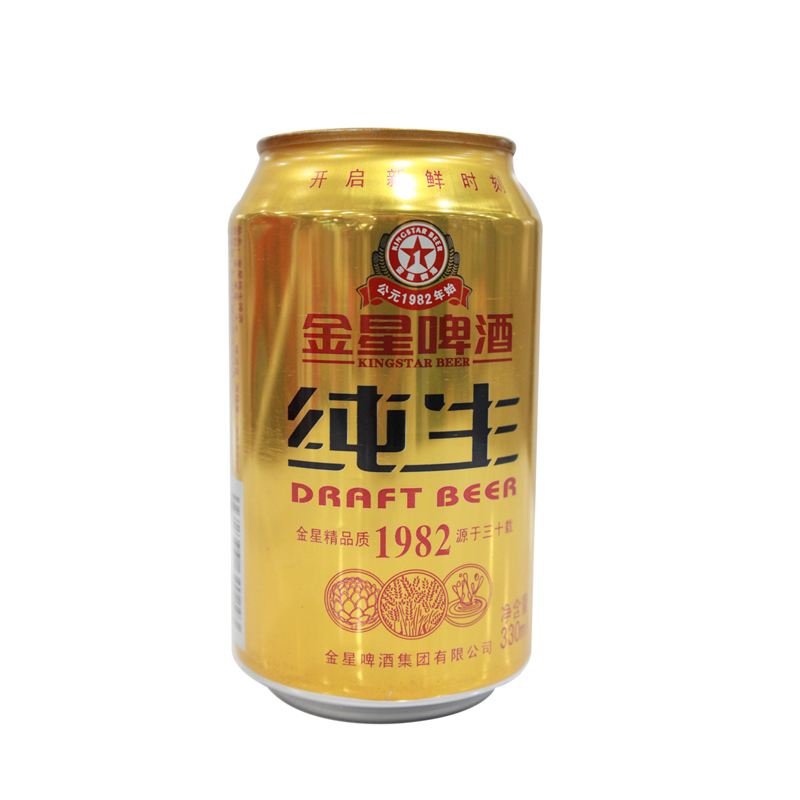 The crafted larger has the tastes that suit a vast majority taste buds. The beer is full-bodied with a hint of sweetness that compliments the aromas from selected hops. It is produced in central China’s Henan province. The beer is pale yellow in color with moderate white head, crystal and it is very light.

It is a euro pale lager style of beer that is produced by Yunnan jinxing beer co. it tastes grassy and grainy. 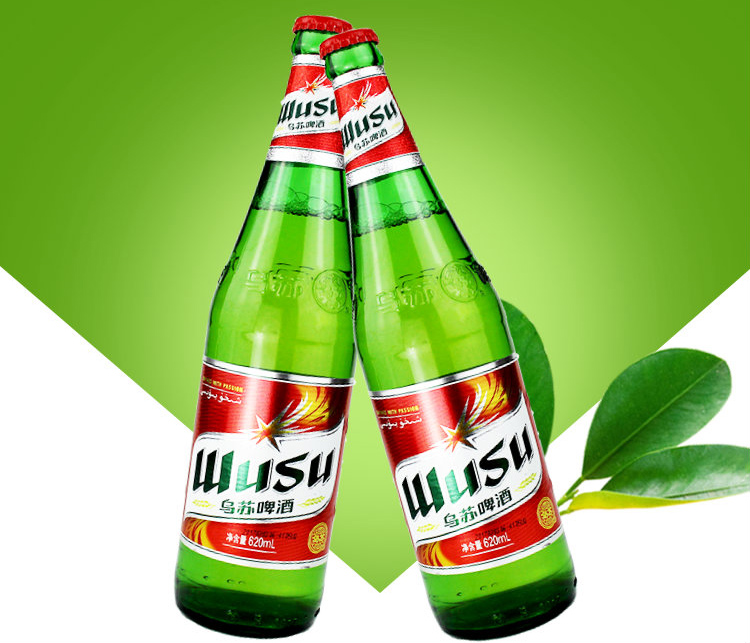 For those of us who love pilsner kind of beer, the WuSu beer tastes and looks like pilsner. It is bright golden in color with a fresh malty scent. It has a thick dense creamy head with a rich ester scent that together gives the beer some mellow richness. It is a beer with full body, soft and refreshing taste that leaves you with an aftertaste.

The Xin Jiang WuSu breweries are the producers of the WuSu beer. It has a strong fully malt flavor that reflects the Xinjiang people’s warmth. The beer is loved by the local community. 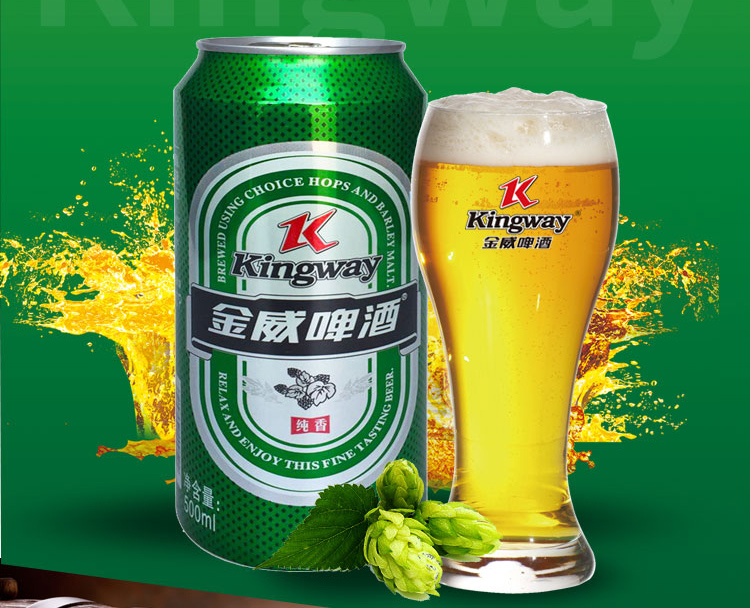 This is a euro pale lager beer style from Shenzhen Kingway brewery LTD which is in Shenzhen city, Guangdong province. The beer has a clear and golden appearance. Kingway beer comprises of water, barley malt, rice and hops.

The Dutch brewing company Heineken international holds at least a 21% share of the company. It has a crispy taste and is a light beer. It has sweet taste with yeast malt flavor and a sweet aroma. 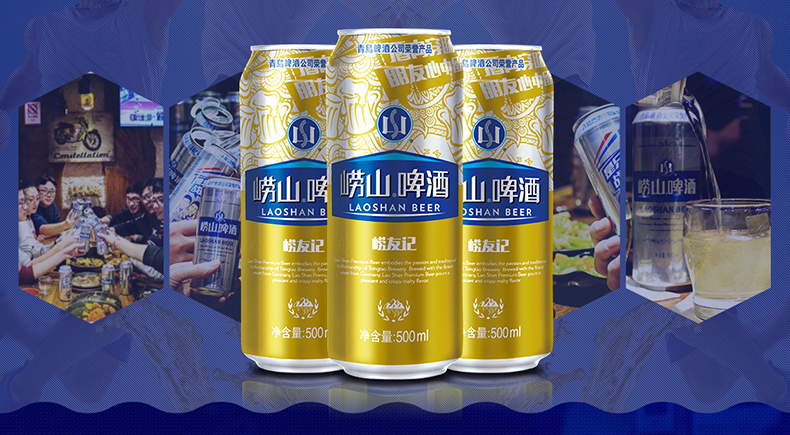 It’s a light and Euro pale larger beer that is brewed by Tsingtao brewery company limited. It is a North American adjunct style of drink. Laoshan beer comprises of water, barley malt, syrup, rice and hops. This beer employs the passion and workmanship of the Tsingtao breweries.

If you are looking for a clean, crisp and aromatic beer then this will be your best bet. It further gives you the mellow and smooth taste. 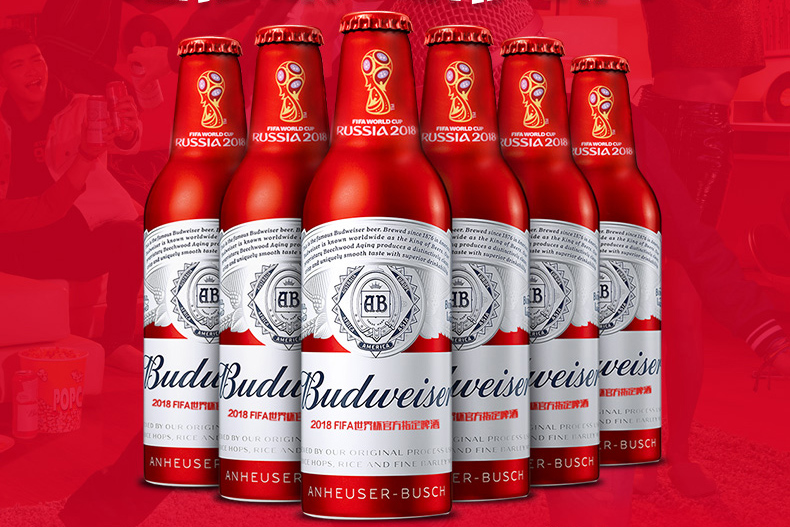 This is an American style pale lager. While it is an expensive beer in America, it is sold at a precisely low price in China. The difference between the same beer in America and the one here is that it is packaged in a posh pack and made luxurious for the Chinese.

This is a filtered beer that is available in the draft and packaged form in various parts of the world. It contains 30% rice, hops, yeast, water and barley malt. Although the company has been affected by the counterfeit beer produced in China they still make sales and try to woo the Chinese to pay highly for the foreign beers that make great sales in other regions. 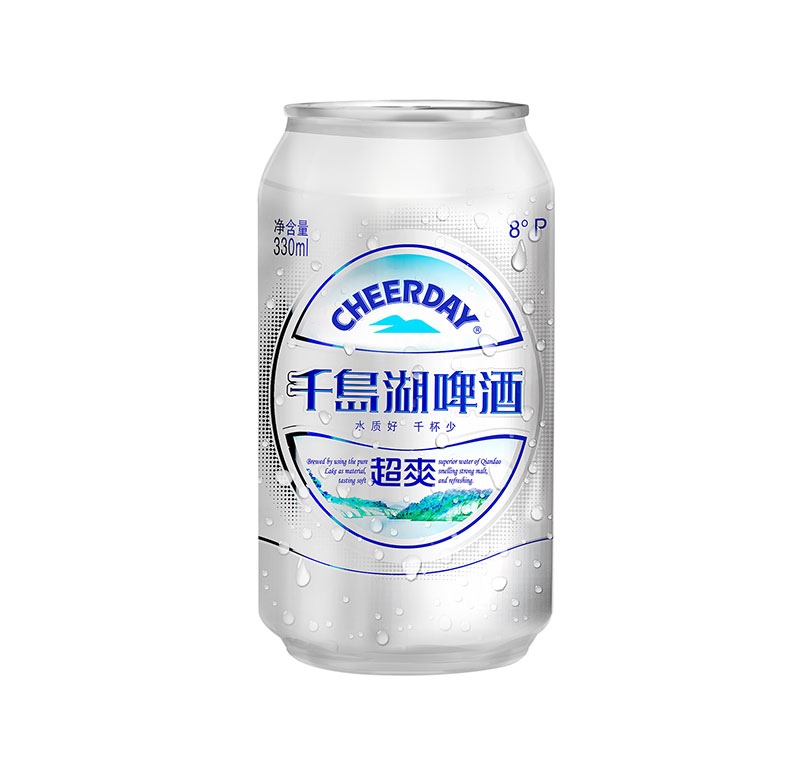 This beer is produced by the Hangzhou Cheerday brewery LTD. It is located in Qiandao lake which is a natural high-quality water area. The brewers pride themselves on having high-quality machines to ensure the use of high-quality grist and hops.

This is a larger beer that contains malt, barley, water, hops and yeast. It is straw yellow in color and it has a rich taste of malt and hops flavor. This medium dry beer is refreshing and a little bitter. Apart from being consumed within the country, the cheerday beer is exported to various cities in the world. 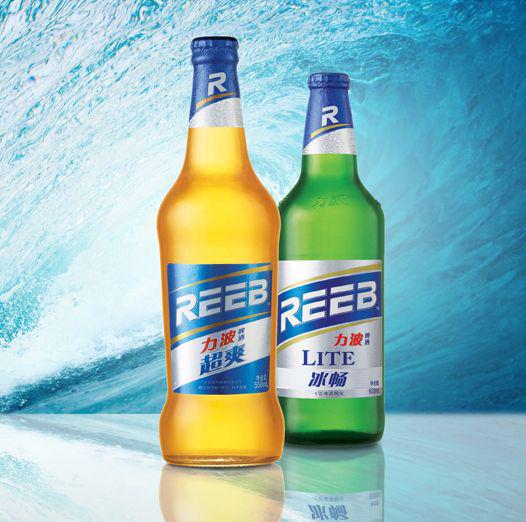 This is the word beer spelled backwards and the name of a particular beer. This pale lager is a product of Shanghai Asia Pacific brewery (Heineken). It’s made using barley that is malted, water, beer syrup, rice, hops and alcohol. To bring the classy lager taste, the high-quality barley used is imported from Europe.

When you are looking for a beer with a full body, this American pale lager style of beer should be your choice. The beer is distributed in Shanghai region. It is loved by construction workers and it’s affordable. It is light gold in color and has a grainy aroma with sweet smooth rice aroma. It is also crispy and fresh. 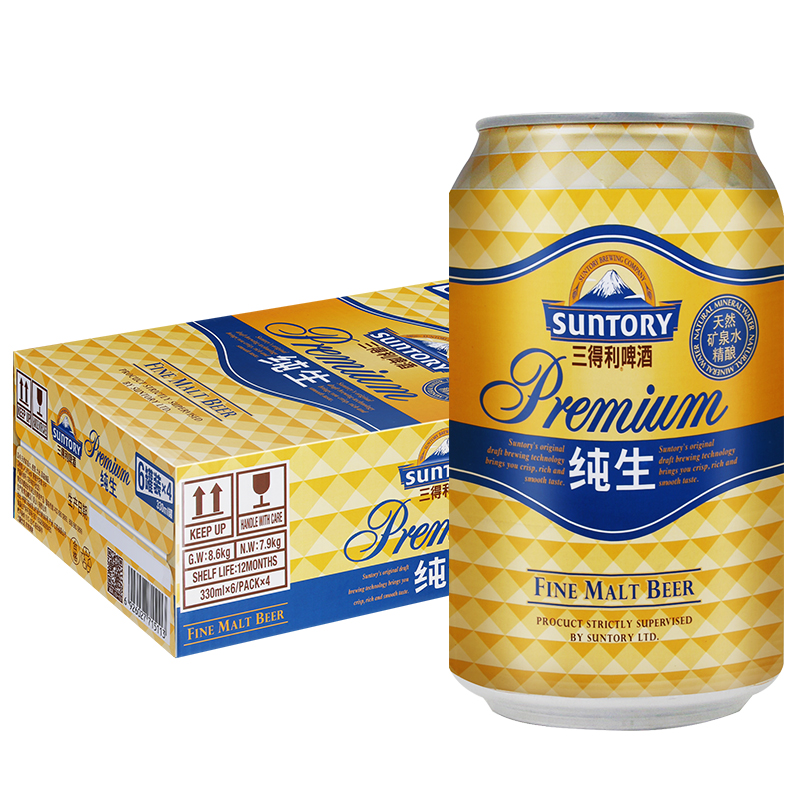 Suntory group is amongst top brewery brands in the world. This is a beer created by beer lovers for those who love beer. The Suntory brewers focus on using 100% natural water that is drawn from underground.

The company is based in Shanghai China. It is a subsidiary of Suntory holding company of Japan. The beer is 100% barley malt. It is a German pilsner style beer that is pale yellow in color with big bubbles. It has a sweet barley aroma with hops and malt taste.

The brewery doesn’t compromise on quality while using simple ingredients. It further focusses on a strong floral aroma and rich taste. They are partners with Tsingtao which makes it more popular. 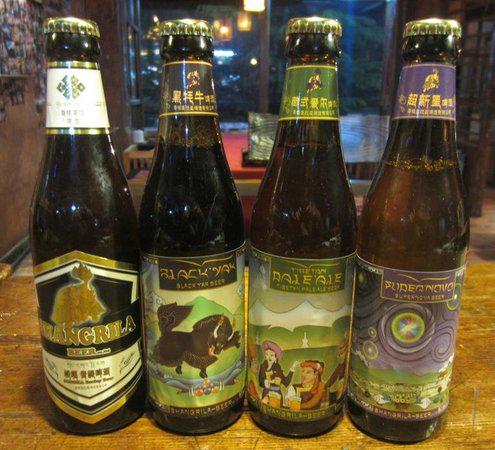 It’s slightly sweet with an amber hue and magnificent white crest. I love the malty caramel scent and the white crest formed. This beer goes with grilled and roasted meats, aromatic fish and other spicy Asian dishes. Just so you know, this is a classic beer with a special twist. The craft beer has won various medals. 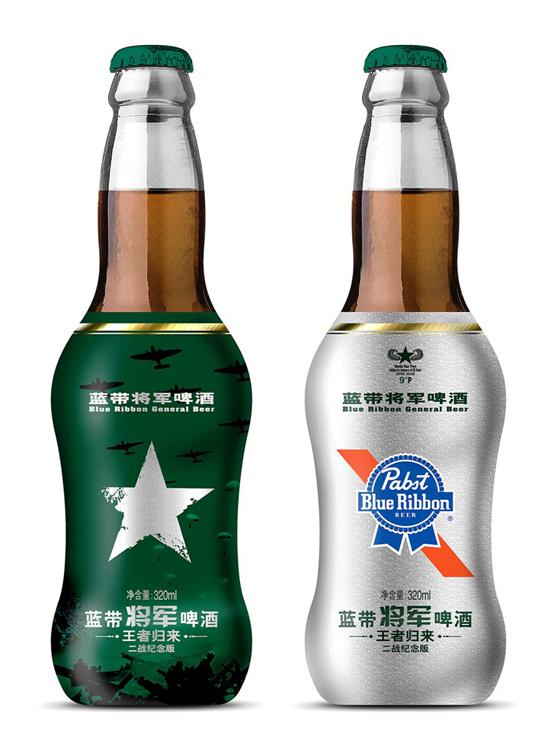 This brand is sold in China and produced by CBR brewing company in Hong Kong and co-owned by Guangdong blue ribbon group. This is a pale lager that is popularly known as the world famous spirit by the Chinese. Is packaged in a fancy bottle and loved by the hipsters of China.

It has corn grain aromas and hints of spicy hops. It has a bread and malt flavor as well. This beer has a light body, its sweet at the start, crispy and dry when finishing.

This is a beer that is preferred on a fine summer day. It has a copper color and a caramel malt flavor. It is a light beer with citrus hop aroma. If you love your beer smooth and refreshing, this will leave you asking for one more beer.

It’s a good drink after that large pizza, chips, a burger or while you are watching a game with your friends. The beer is made by the famous Hong Kong beer company which was the first one to be allowed to sell beer in bottles and kegs.

Being a country with a large population, China also has a big market for alcohol and beer to be specific. While there are many foreign brands in the globe the country also has its own brands as listed above.