The traditional Chinese Lion Dance is a rich and vibrant traditional festive custom requiring significant skill to perform and has become quite an artform over time. 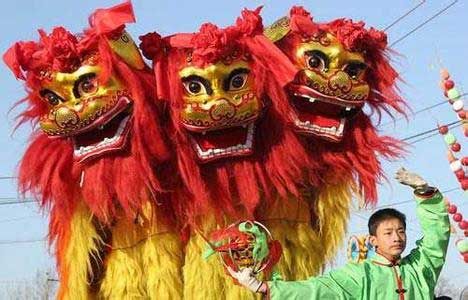 During a festival, the Chinese Lion Dance brings on a lively and celebratory atmosphere, however, in old Chinese folk culture, the ancients believed that the lion dance was performed for exorcisms, as well as an auspicious symbol of good deeds.

The King of the Beasts is brought to life as the two dancers mimmick the lion’s mighty and domineering movements to the beat of gong and drum. This fascinating icon of Chinese culture led me to find out more about its origin and development. 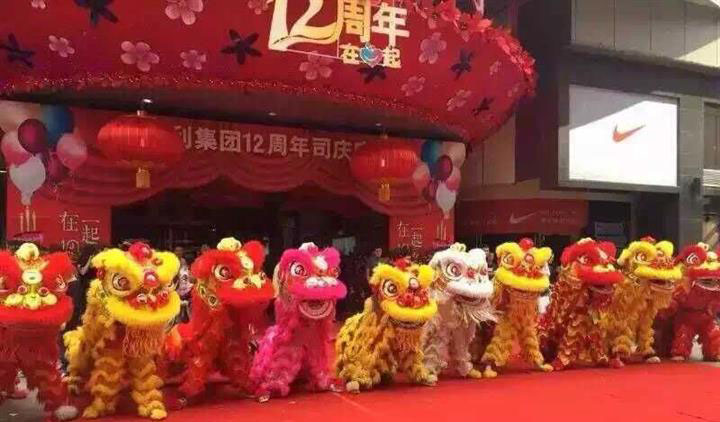 The Different Types of Lion Dance

There are many types of lion dances; the two most common are the North Lion and South Lion each having their distinct characteristics.

The North Lion is famous in the Yangtze River region of China and closely resembles a true lion. The lion’s head is covered with golden yellow hair, making it more extravagant. The North Lion dance movements are very different to the South Lion’s.

To make the most of the North Lion’s physical characteristics, more flexible actions such as rubbing, tumbling, jumping, fluttering, falling, etc. are performed, compared to the more violent movements of the South Lion.

The North Lion is also characterized by having male and female lions, the male has a red knot on its head, and the female has a green knot.

Then there is the South Lion. The South lion’s shape is more exaggerated and mighty, and it’s dancing is more akin to the prancing of a horse. The magnificence of the South Lion depends on the tacit understanding between the two dancers.

The South Lion’s uniqueness lies in the movements of its exaggerated head, eyes, and mouth. Every Lunar New Year, Chinese businesses will invite the South Lion to perform the “Cai Qing” (literally ‘pluck the greens’) ritual.

The business offers greens such as lettuce, spinach, etc. for the lion to eat, and the lion’s acceptance of the gift symbolizes luck and prosperity for the business.

The ancient Chinese literature, “Romance of the Three Kingdoms” is often acted out by the dancers, each taking on a different character, with lions of different colors and costumes depicting the characters of Liu Bei, Guan Yu, and Zhang Fei.

The Origin of the Lion Dance 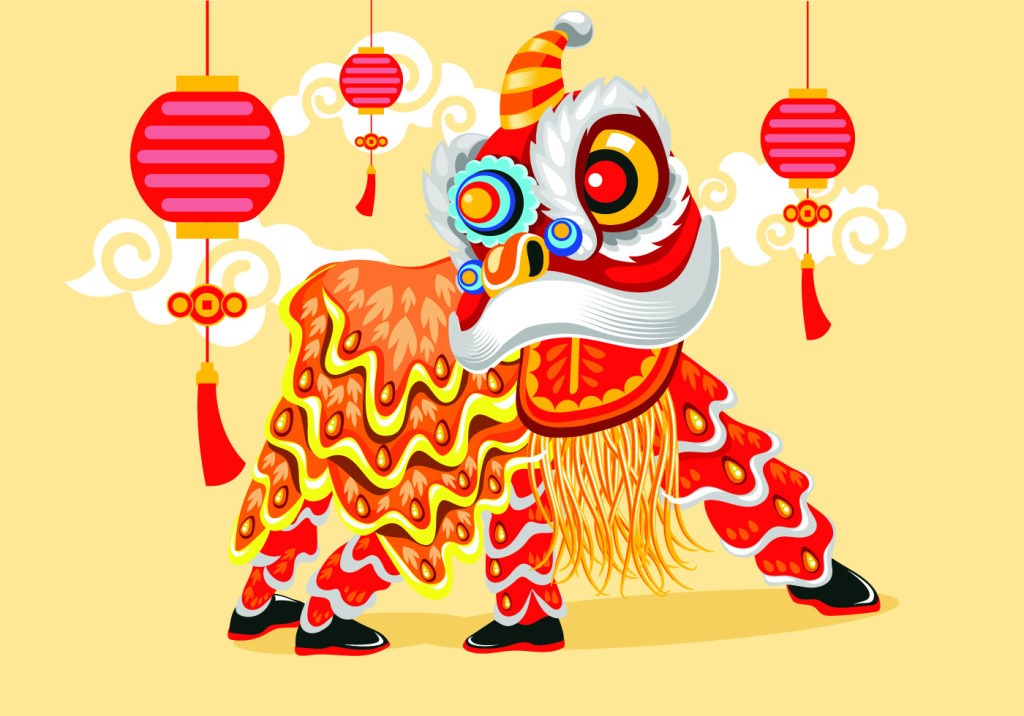 According to legend during the Han dynasty, the Western Region was paying tribute to the emperor and cunningly sent a lion as payment. The messenger threatened that if they could not tame this golden lion, then they would cut off diplomatic relations.

When the messenger left, Han Emperor Zhang selected three men to tame the lion, but they were unsuccessful. Later, the golden lion attacked the people, and they killed it, sending the whole palace into chaos.

To escape punishment for killing the emperor’s lion, his two brothers dressed up in the lion’s skin and danced before the people, fooling everyone, including Emperor Zhang, that the lion was alive and tame.

The lion dance has been performed as an auspicious symbol of the glory of the country ever since. The Lion Dance has come to represent the good life, blessing the people’s hearts with prosperity and happiness.

All kinds of lion dances developed throughout China from that time onwards.

Suixi Zhangjiang city in Guangdong is known as China’s lion town. The Suixi lion dance has evolved from first being done on the ground to later developments choreographed to portray the more realistic movements of the lion.

The Lion Dance moved from the ground onto platforms which got smaller and higher, until it now is danced on high poles and wires making it an extremely skillful artform. 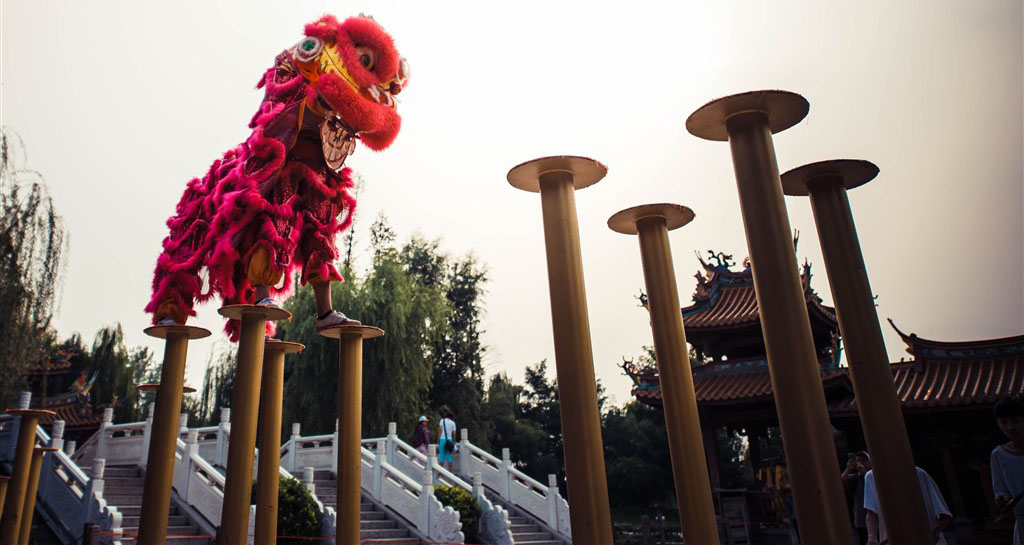 Foshan is the birthplace of the South Lion, and the time of the lion dance is one of the most popular events in China. Forshan has always been a leader in domestic and international lion dance developments and is known as the “King of Lions.”

It is also often at the forefront of lion dance competitions, with traditional dances such “Five star” and “Three Star” showcasing their superb skills and rare form of folk culture and art.

In Yangjiang Jiangcheng the Lunar New Year is celebrated with firecrackers and lion dances. The festival begins with worship early in the morning when food is offered to the gods.

It is believed that when the lion opened his mouth, all the evil spirits were swept away clearing the house of any evils. Red envelopes are solemnly offered to the lion dancers in return for this favor. 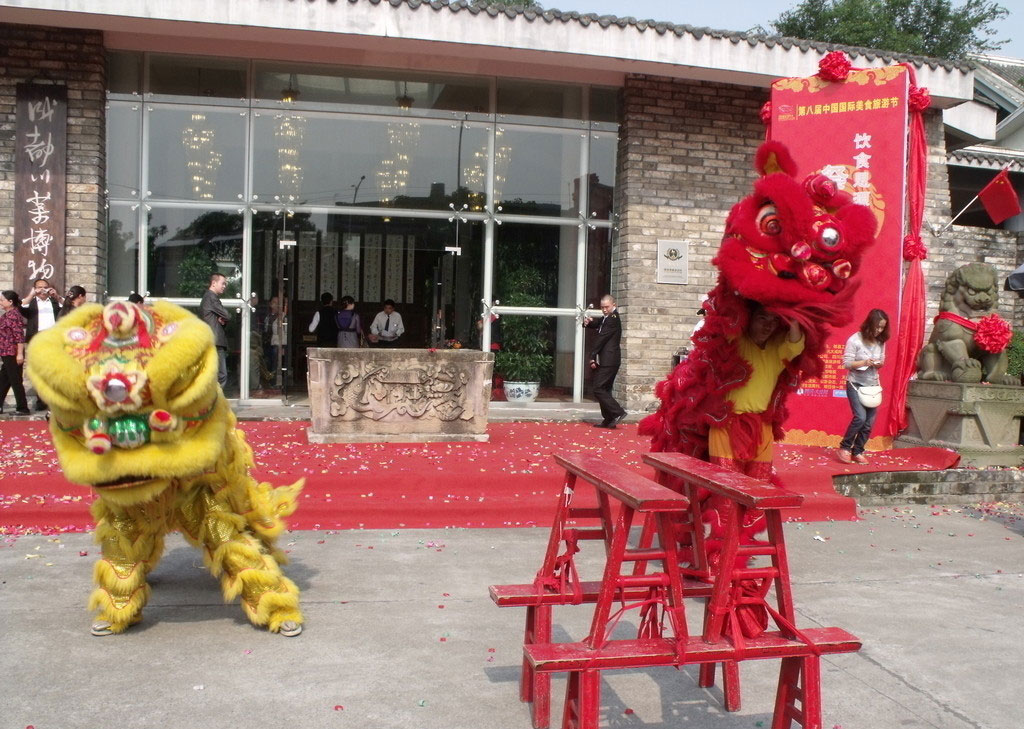 Wealthy people and shops will also give red envelopes with money in them to the lion dance team in exchange for a special public performance. The dance itself is an arrangement of a variety of martial arts moves and mimes.

A plate of greens is placed high up so that the lion must reach up to eat the vegetables offered to it. Part of the dance has the lion climbing to reach the vegetables, which is done with a ladder maneuvered by the dance team. The lion ‘eats’ the vegetables and then takes the red envelope full of money. 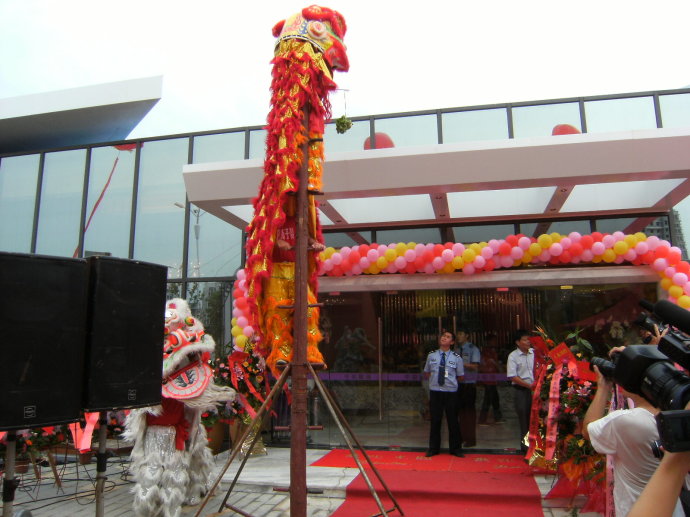 Xushui County, Hebei Province, is reputed to have a long history of the North Lion Dance.

According to legend, it is said that Tian Yang’s lion dance dates back 1000 years. 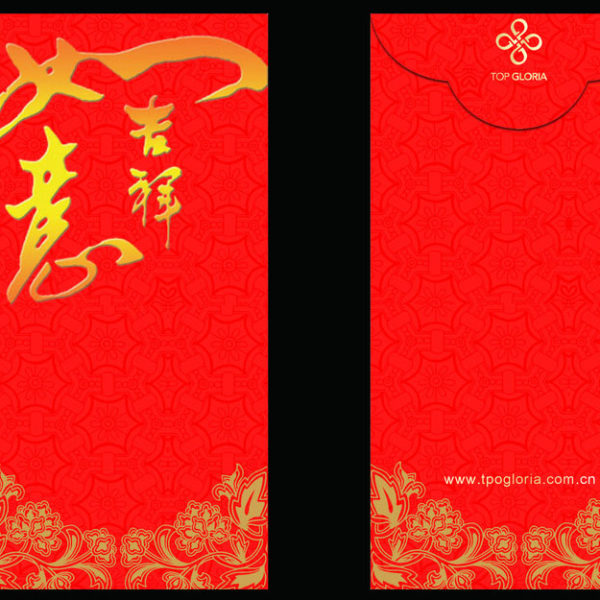 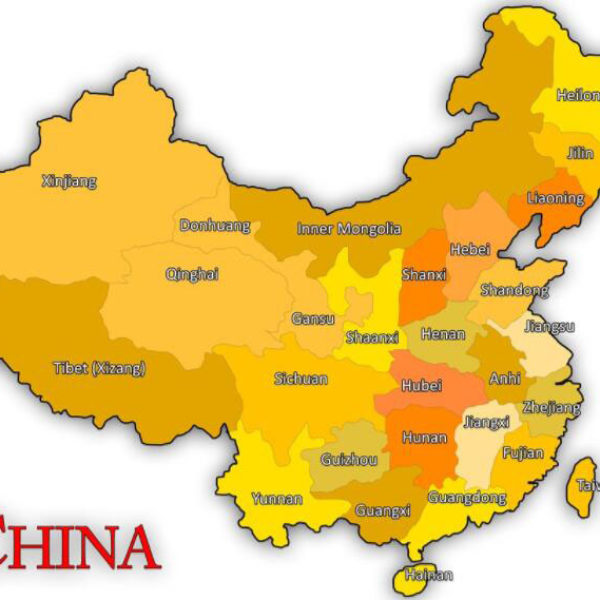 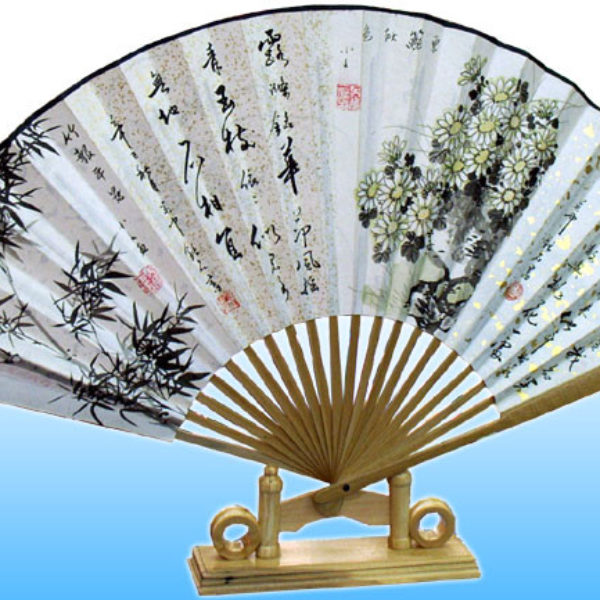 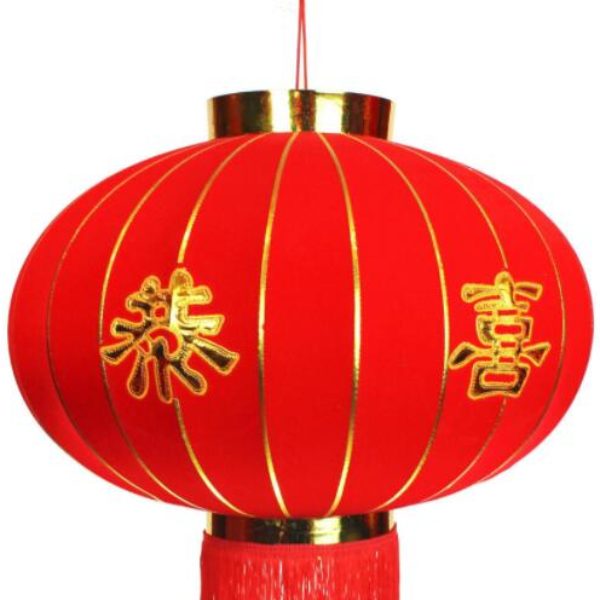 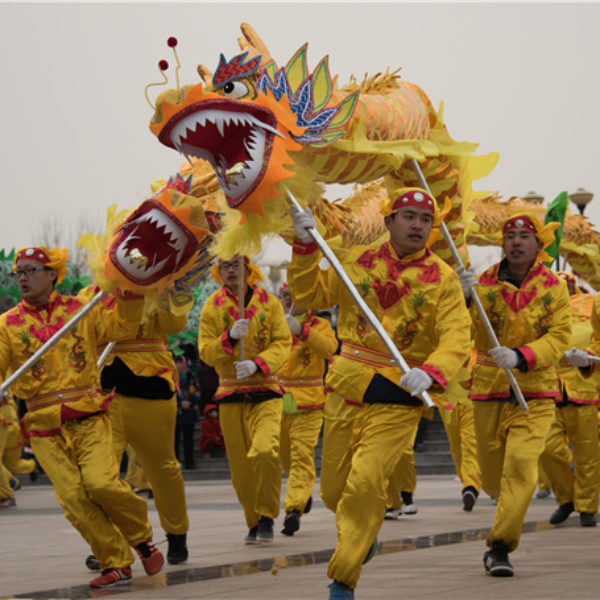 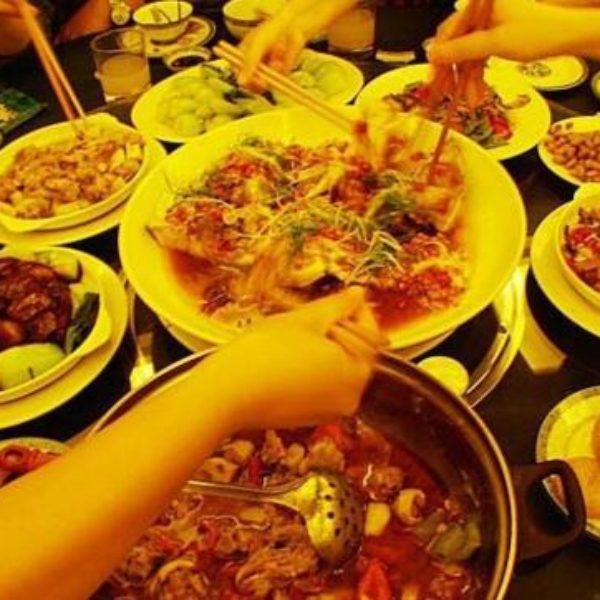