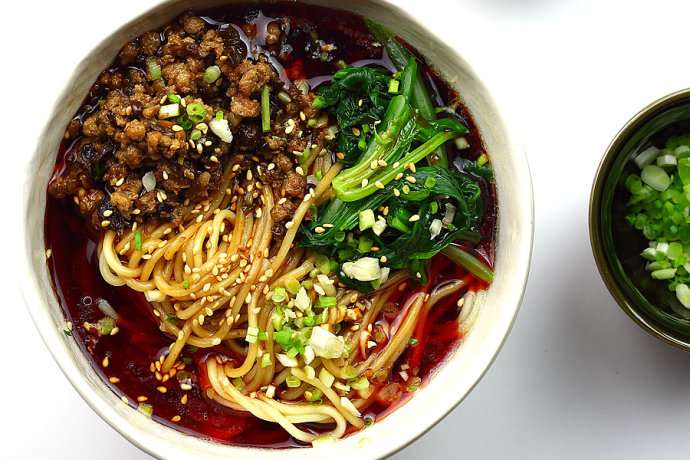 So much great food has come out of Sichuan Province, and Dan Dan Noodles are no exception! They are one of the favorite snacks of the Sichuan folk and have become a staple food all over China.

Although practice has differed slightly from area to area, its popularity has never waned. Dan Dan Noodles are inexpensive to make and unbelievably delicious; you will want them on your dinner table regularly!

Today I’m going to teach you how to make the perfect bowl of Dan Dan Noodles. 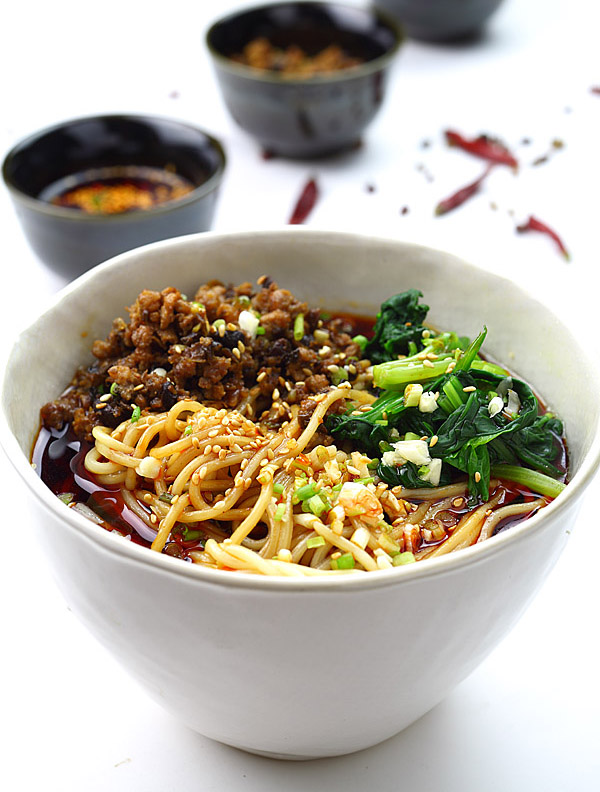 The most distinct feature of Dan Dan Noodles is its vibrant red color. Spinach, the nutty flavor of sesame and a spicy-sour taste are also prominent. The noodles themselves are smooth and fresh but not greasy, spicy but not dry, the main seasoning being red chili oil.

In my recipe, I have combined the flavors of these ingredients: minced beef, spinach, pepper, light soy sauce, garlic, bean sprouts, and green onion, to achieve a yummy spicy taste.

The Origin of Dan Dan Noodles

In 1841 a man named Baobao Chen from Zigong (Sichuan Province) created Dan Dan Noodles. ‘Dan dan’ refers to the carrying pole used by food hawkers to carry pots of noodles they would sell to people on the streets of Sichuan Province.

The noodle shop came to you. Once dan dan noodles caught on, permanent noodle shops sprang up all over the Sichuan area, but they still managed to keep their original characteristics, especially in Chengdu, where they were most concentrated.

At present, Chengdu, Zigong, and other places keep to the original plain flavor, the Sichuan special ingredient being bean sprouts as one of the main ingredients.

The main nutrients found in noodles are protein, fat, and carbohydrates. Noodles are easy to digest and absorb, and can improve anemia, enhance the immune system, balance nutrient absorption, among other benefits.

How to Make Dan Dan Noodles: 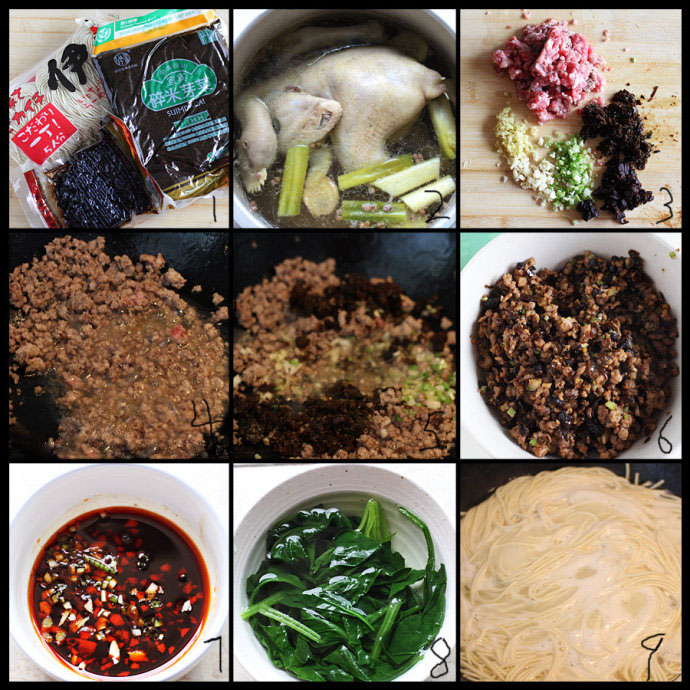 Boil the chicken to make the soup stock.

Put the chicken into the soup pot, with a few peppercorns, the cooking wine, some onions, and ginger, which will dissipate the ‘fishy’ smell of the meat. After the water comes to the boil, transfer the pot to the smallest hotplate and turn to low. Keep the pot covered and boil on low for 40 minutes. Cooking on low produces a clearer stock.

Prepare the other ingredients.

While the soup is simmering away, finely chop the tempeh, ginger, and onions. Mince the garlic and have the meat ready.

In a pan add the peanut oil and heat on low for one minute. Add the meat and stir fry until it no longer smells.

Add a tablespoon of vinegar, a tablespoon of soy sauce, 4 tablespoons of red oil, add a small amount of onion and garlic, vinegar, and soy sauce to taste. This sauce is mainly salty-spicy, and a little acidic, but can be adjusted to your own taste. See my Spicy Oil article to create your own.

Next, cook the vegetables and noodles.
Cook the spinach for 30 seconds in boiling water and strain.

Boil water in a pot, add the noodles until cooked. Remove and drain.

Finally, while the noodles are cooking, take a serving bowl and pour in a little chicken soup, filling to about a third of the way. Add spicy red oil to your taste, some bean sprouts, meat, and vegetables. Top with a sprinkling of toasted sesame seeds and green onion sliced on the diagonal.

And there you have Dan Dan Noodles. I can smell it now while I type. You know it’s hard to type up such deliciousness. My stomach constantly calls me to the kitchen! 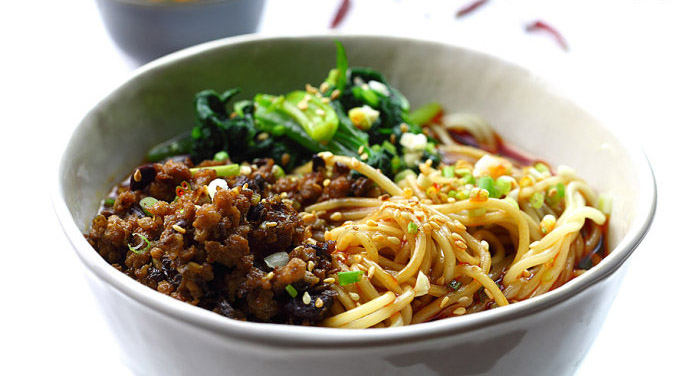 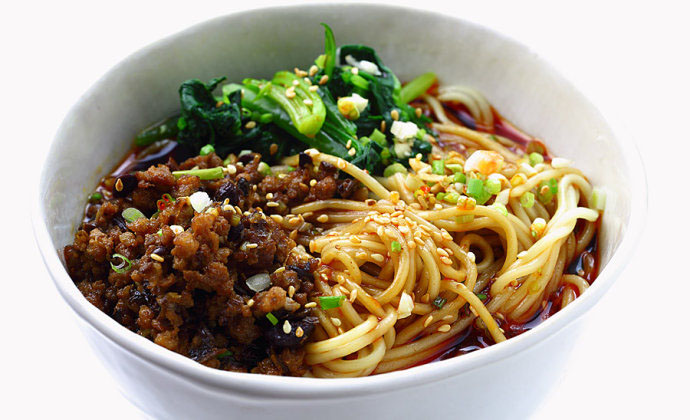 The most important thing in this recipe is the inclusion of meat and cooking it correctly. If there is no meat, it is not Dan Dan noodles, and it should be stir-fried until its smell disappears before adding the other ingredients, so the flavors do not interfere, but rather complement each other.

If you are afraid the bean sprouts will over cook, you can fry them separately and add them in at the end.