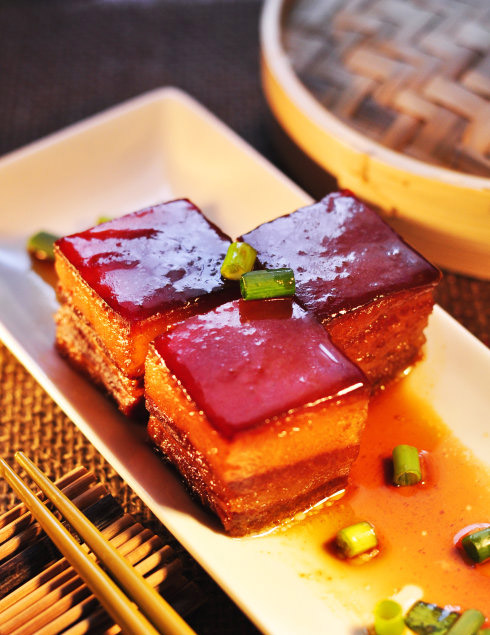 Dongpo pork is a well-known dish in Hangzhou, China. It is similar to Red Braised Pork Belly.

Why is it called Dongpo pork?

Su Dongpo is a Chinese poet in the Northern Song Dynasty. He led the Hangzhou people to dredge the West Lake and finally rejuvenated the West Lake (Check out my West Lake Beef Soup). The people in Hangzhou were grateful. They all raised the pigs to serve in the Su Dongpo residence. Su Dongpo was unable to say no, so he had to accept it. 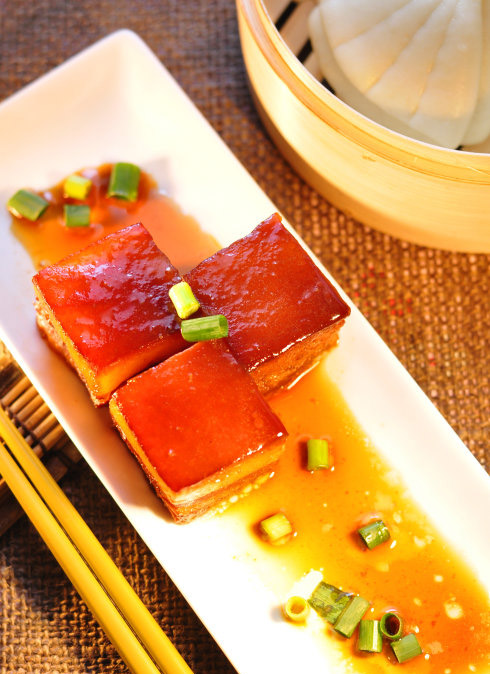 Su Dongpo asked his family to make the pork according to his method of making meat in Huanggang to reciprocate the people. The people tasted it and praised it as “dongpo pork”. This dish was circulated throughout the area. 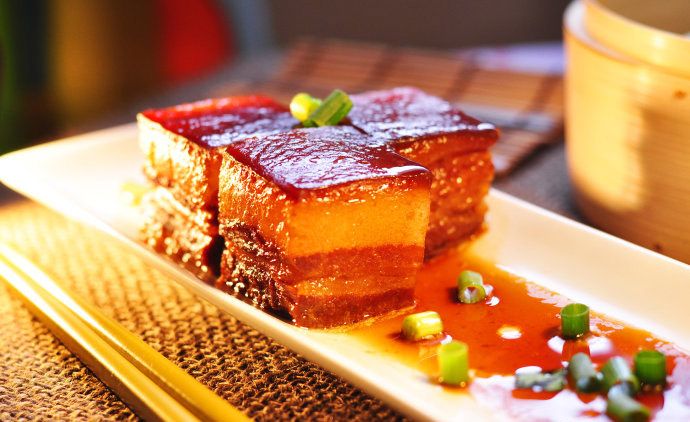 The peasant workers tasted the pork brought by Su Dongpo, and felt the taste unusual. They all called it “dongpo pork”. 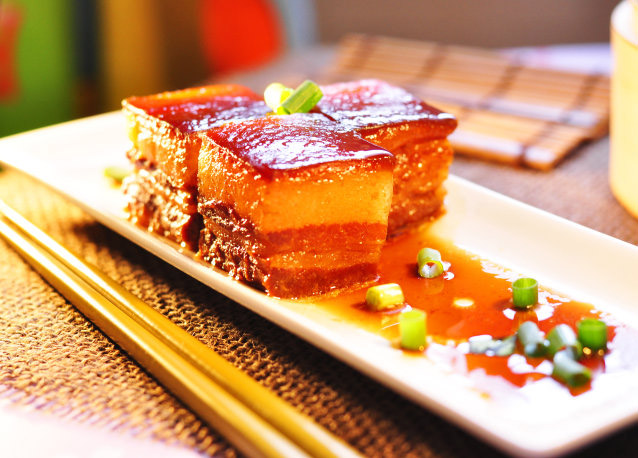 Today we will share the dongpo pork’s traditional recipe!

1. Pour plenty of water into a pot, put pork in skin down, and bring water to a boil.

2. After one side is showing that it’s cooked, turn it over to the other side and continue cooking.

3. As it cooks, you will start to see the cooked blood coming out of it, you can scrape this off.

5. After letting the meat cool slightly, cut it into a 5-cm square with a knife.

6. Green onions are cleaned, cut into two length-wise and cut in half. Ginger peeled and cut into thick slices.

8. Spread a layer of green onions evenly on top and put ginger pieces on top. 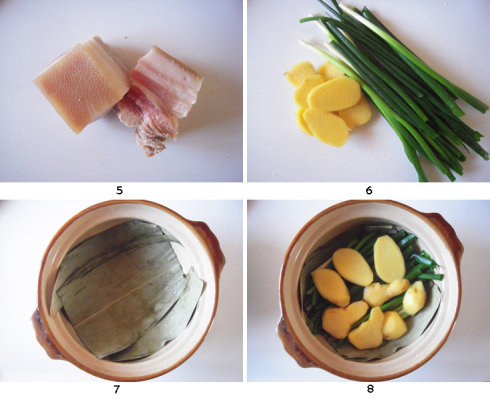 9. Put the pork in skin down, keeping them close to each other.

10. Pour the bowl of wine in to reach about half the height of the meat.

11. Spread soy sauce evenly on the surface of pork belly.

12. Sprinkle sugar evenly on the surface of the meat. 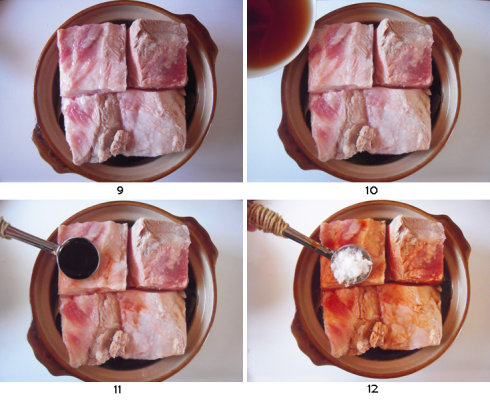 13. Cover the lid of the casserole, bring to a boil, then simmer for an hour.

14. Slowly stew for an hour and lift the lid. Turn the skin over and the meat down. Continue simmering for half an hour.

15. One and a half hours of total cooking time later, use a spoon to remove the oil from the soup.

16. Transfer the meat to the container, sprinkle a little MSG and salt, and steam the soup together for half an hour. Crispy but not greasy dongpo pork is ready! 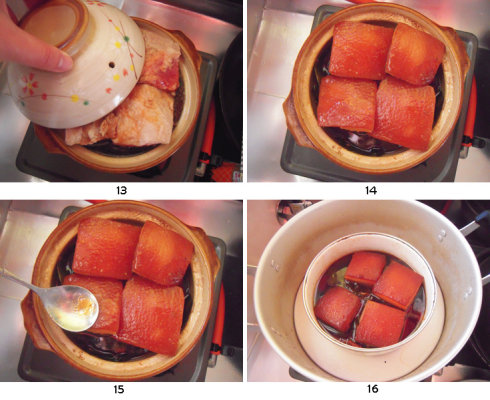 1) After boiling pork, use a knife to scrape a few times on the skin and remove floating material. Stewed skin will be clear.

2) Before placing the meat into the casserole, oil or put dried leaves in the casserole to prevent it from sticking.

3) Begin with the pork pieces facing skin-down, simmering for an hour and then turning over.

4) When stewing meat with wine instead of water, it is best to use Shaoxing wine. The taste is very authentic.