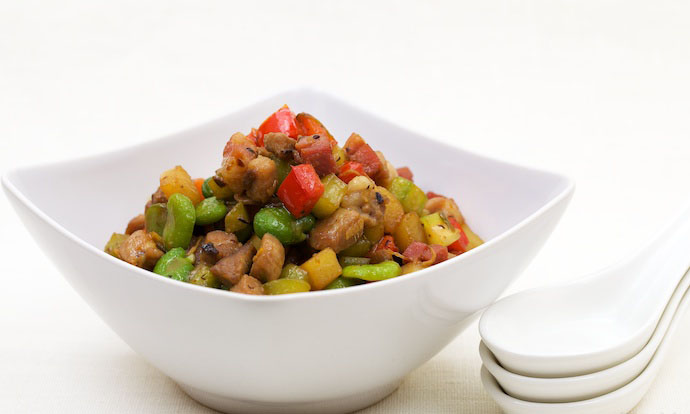 After years of Chinese and Western food influencing each other, many dishes and cooking techniques are not as distinct as they used to be.

However, there are still two fundamental differences: traditional Chinese cooking is often fried, and ingredients are often chopped small before cooking. Eight Treasure is a classic example of these two features of Chinese cooking. 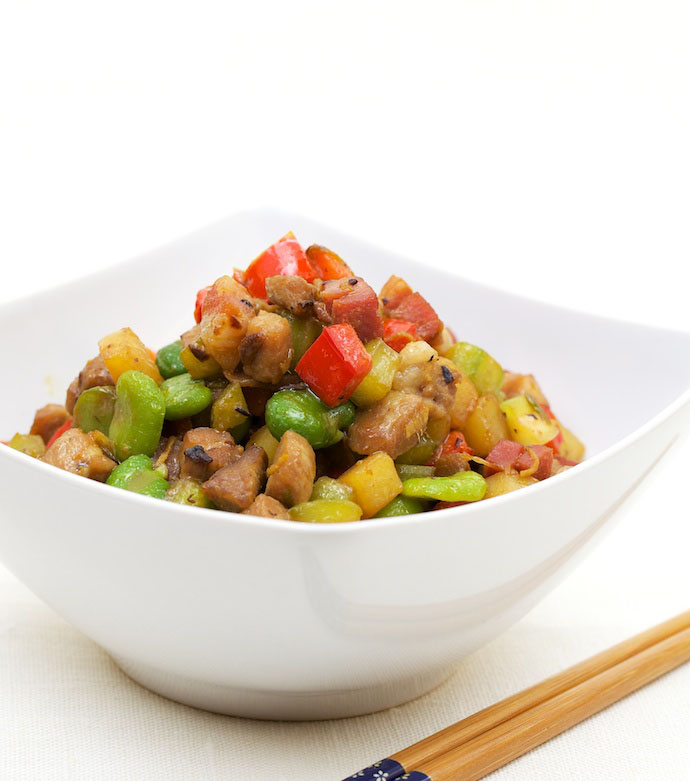 Eight Treasures fit the bill perfectly as a wonderfully nutritious meal, and with a little variation can be paleo friendly, too. No one ingredient is beneficial or harmful; it provides a complete balance of all kinds of nutrients from different sources.

The main ingredients for this dish are shown below: 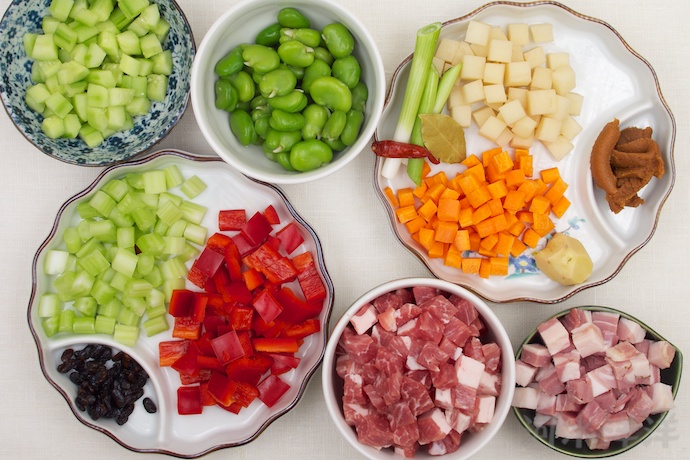 The list of ingredients for Eight Treasures is as follows:

How to Make Eight Treasures: 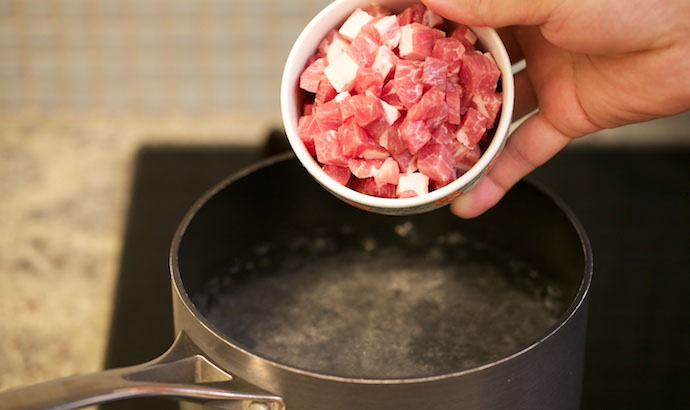 Bring 1.5 liters of cold water to the boil in a large pot.

Put the diced pork into the boiling water and stir to ensure even cooking, until it becomes light in color. Remove and put aside. Boiling the meat first means it will cook quicker later on, and will rid the meat of its ‘fishy’ smell. 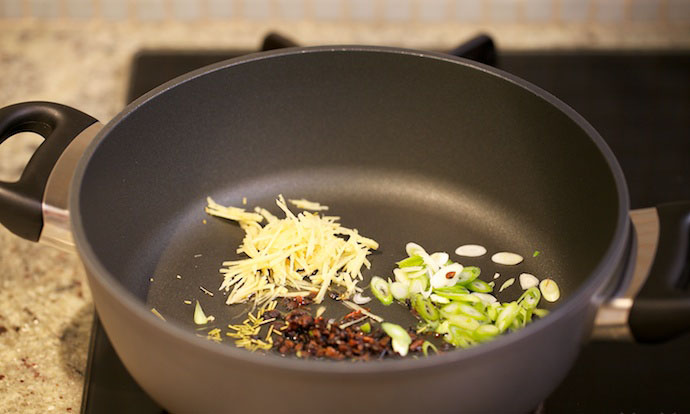 Heat the vegetable oil in a non-stick pan and then gently stir fry the chopped tempeh, chopped green onion, ginger, and chili strips, constantly stir fry until you can smell the aroma.

Toss in the diced bacon and stir fry until the bacon is golden and the fat is transparent. Fried bacon releases fat which greatly enhances the flavor of many dishes, which was the topic of the bestseller “Everything Tastes Better with Bacon “. 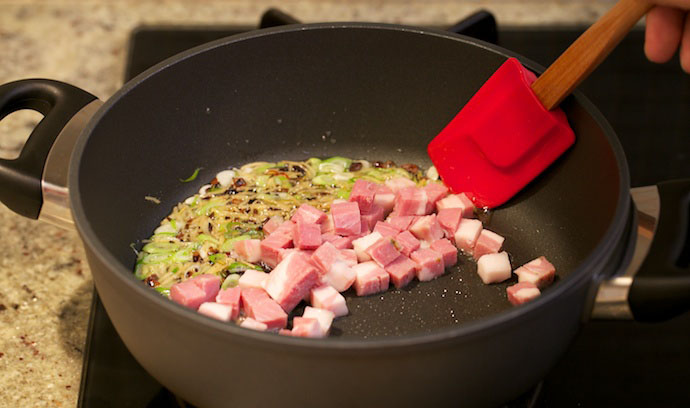 Next, pour in the precooked diced pork, lightly stir fry, and then add the sugar, continuing to stir until the pork is cooked. Remove the mixture from the pan and put aside. 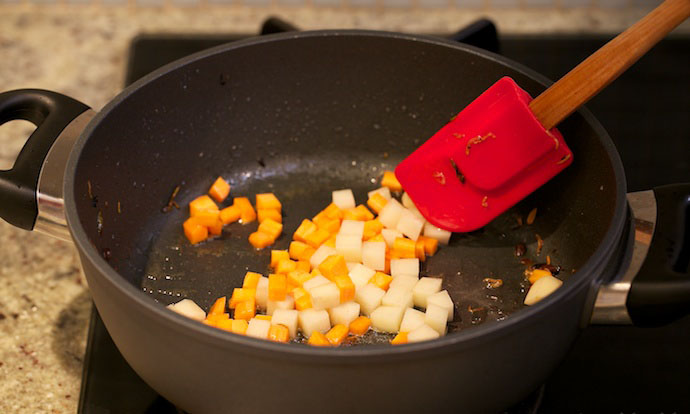 In the same pan, add the potatoes and carrots, stir fry about 2 minutes. 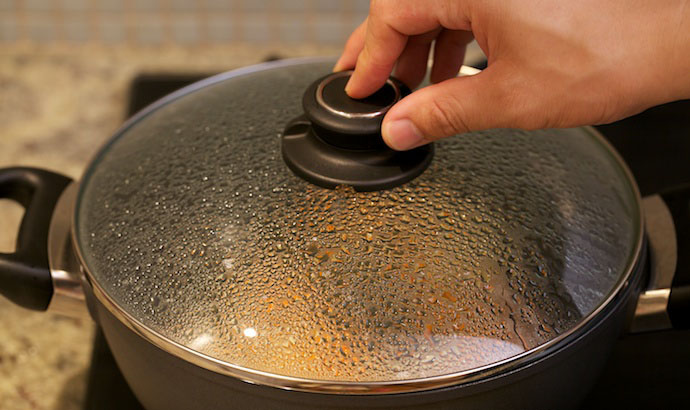 Add a small amount of water and cover with the lid, so the potatoes and carrots steam until softened.
Remove the lid.

Add the red pepper and stir fry about 3 minutes. 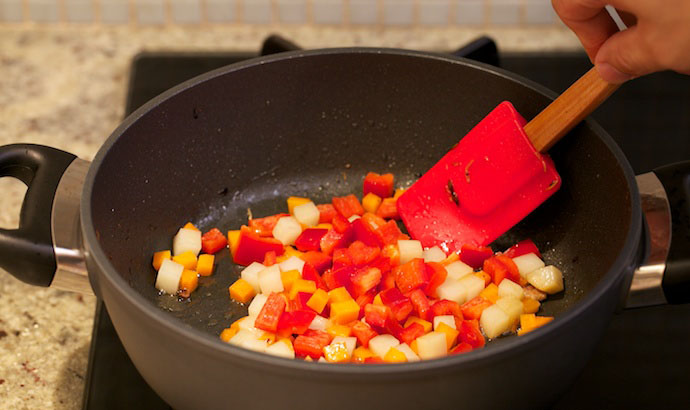 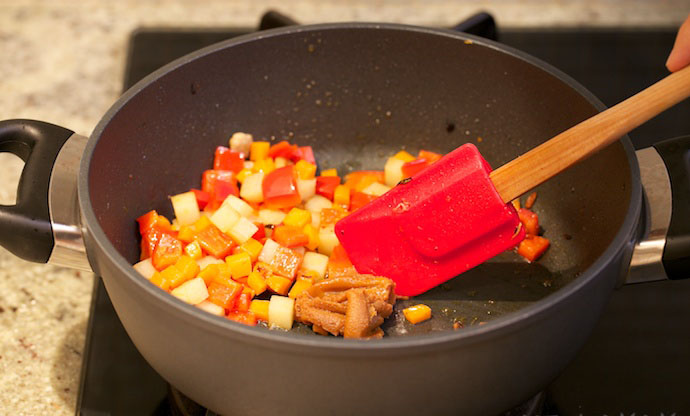 Toss in the cucumber, celery, and peeled beans, and stir fry until all the ingredients are cooked. 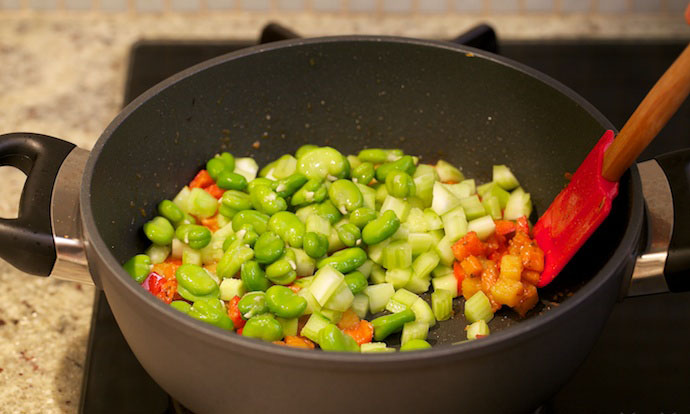 Return the diced meat mixture to the pan and stir fry to combine. Taste and add some light soy sauce if necessary. 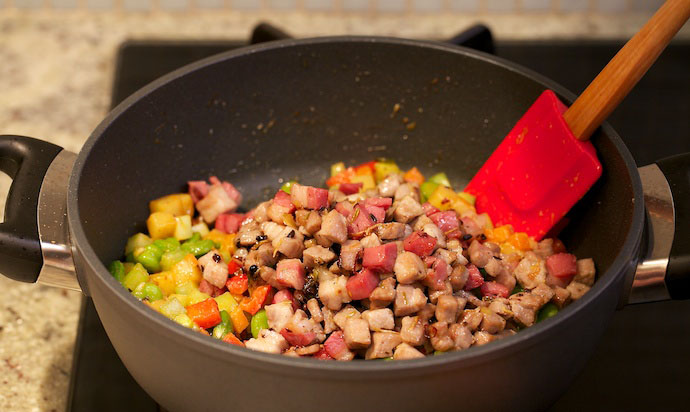 Although this recipe is called Eight Treasures, you can use any combination of vegetables and is a great way to use up what you have in the refrigerator.

There are, however, two things to consider when choosing which vegetables to use:

1. Vegetables with a high water content will dilute the flavors.
2. Care must be taken to cook the vegetables in the right order as each requires a different cooking time. Cook the dense vegetables such as potatoes and carrots first, and the quickest to cook, such as cucumber, last. 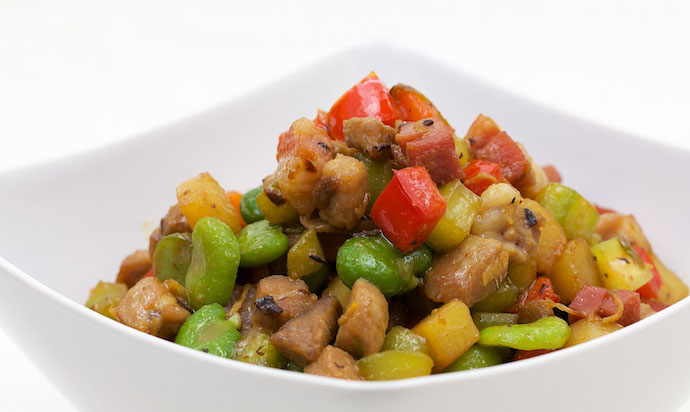