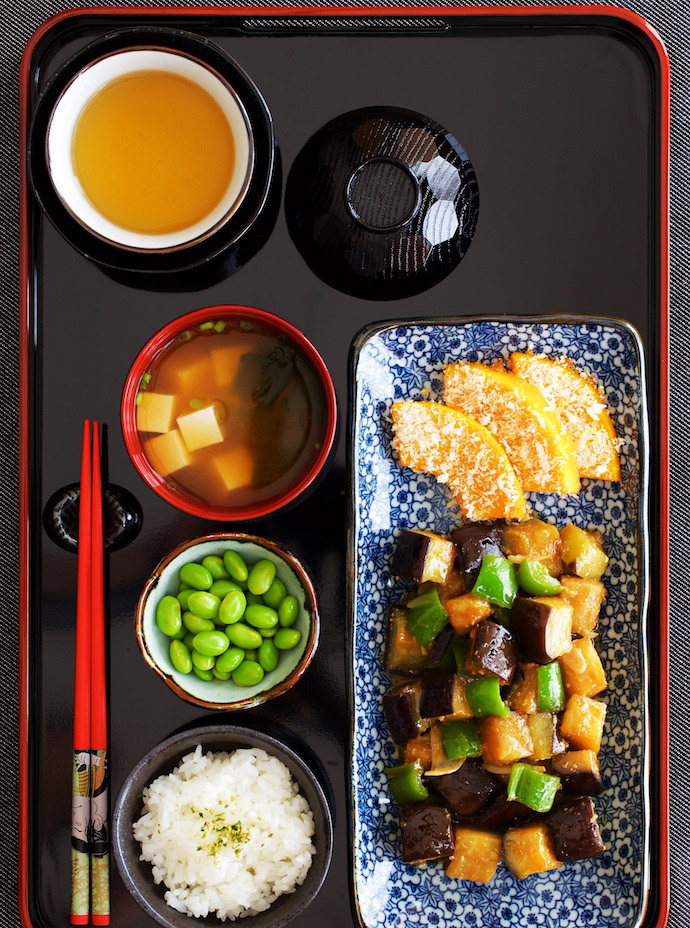 Japanese eggplant (called Nasu Dengaku in Japan) is a very popular dish. Whether it is a high-end restaurant, or sizzling street food, it is a delicious vegetable you can enjoy in many forms just about anywhere!

A miso sauce is one of the most commonly used and most basic seasonings in Japanese cuisine. It is roughly equivalent to the use of the Chili bean sauce in Sichuan cuisine. Many of the inspirations for Japanese cuisine migrated from China, so you will find a lot of similar flavors, and a miso sauce is no different. 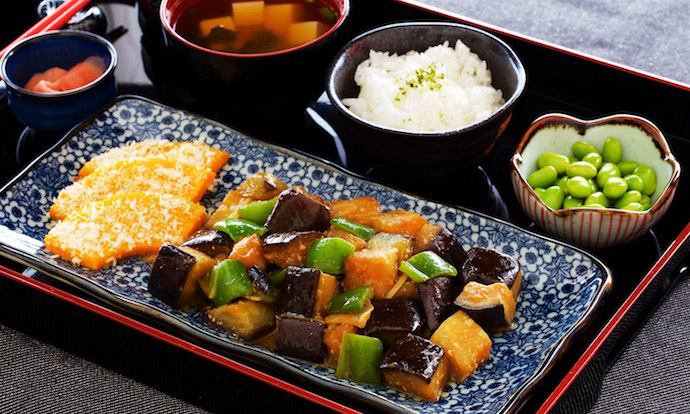 During the period of the Eastern Han Dynasty, Cui Wei was an official in Qing Zheng. He was removed from office by the princes, and after returning to his hometown, he managed to earn a living by running his family’s business of brewing wine, vinegar, and sauces.

He was ridiculed by high-society and intellectuals at that time. But Instead of being distraught, Cui Wei wrote down his experiences in managing the industry and records the grand opportunity of making working with his families wine and sauces.

People at that time already knew that they would cook the soybeans and crush them to make sauces. This sauce-making technique was later passed to Korea.

In Korea, when cooking traditional miso, the cooked soybeans were ground with a stone mill and pressed into squares. The names of these squares were called “Meju,” and the Japanese learned this technique from South Korea, or they may have learned it directly from China.

Today, it is just called “Miso” in Japan, and the use of miso with Japanese dishes actually goes back centuries and is a great base for many delicious sauces. 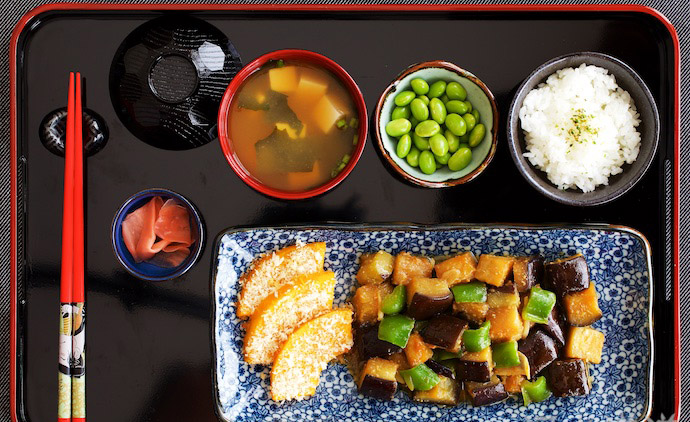 The preparation of Japanese eggplant is not complicated. Cut the eggplant along the center axis, apply a miso dipping sauce on the cross-section, and bake it in the oven until the meaty parts are cooked. The sauce will be baked on top, and the eggplant will be steaming hot.

Talking about it is very simple, but it is full of traps in the actual production. Whether it is the selection of eggplant or the preparation of sauces, it will be a mess if even the slightest preparation method or balance of ingredients is off. Fortunately, there is a tested and true homemade approach to this dish in Japan.

The approach is similar to that of Chinese roasted eggplant. However, because of different sources of ingredients, there is not one special “do-all” recipe. You may just want to try a fresh one to serve your family or guests, but don’t be surprised if you dish disappears faster than the clouds and wind because of how delectable it will be!

Check out my Chinese Eggplant Recipe.

Here, we will introduce this easy and delicious recipe and the popular miso-sauce eggplant.

Step 1. The cut aubergines(eggplant) will turn black when exposed to the air, so we first prepare the green peppers. Wash the green peppers and cut them open to remove seeds and internal tendons. 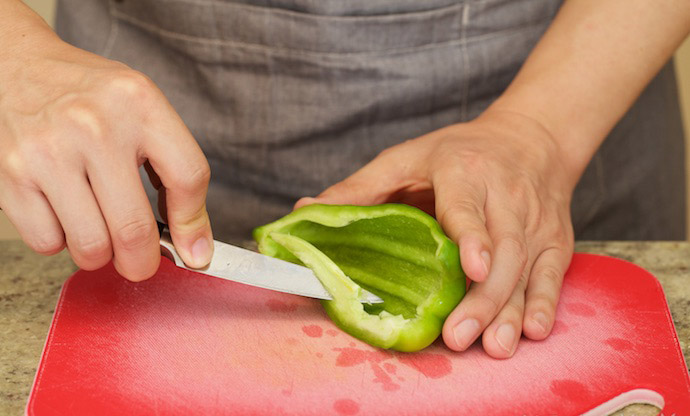 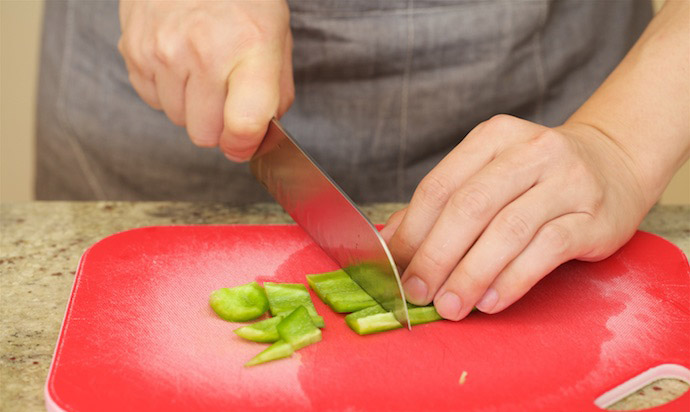 Step 3. Eggplant and garlic are good friends. Eggplant without garlic is like eating dumplings without vinegar. Peel and slice of garlic thin. 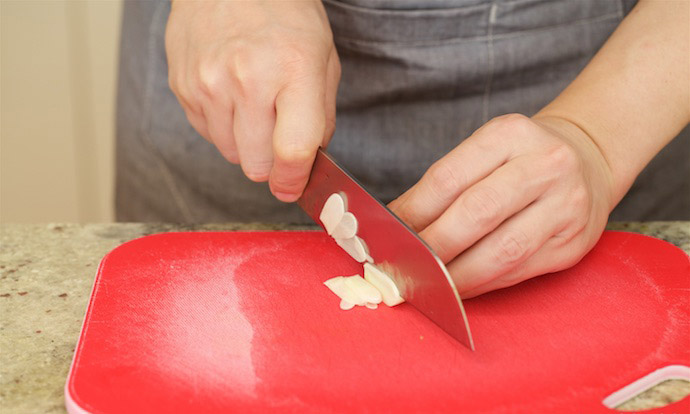 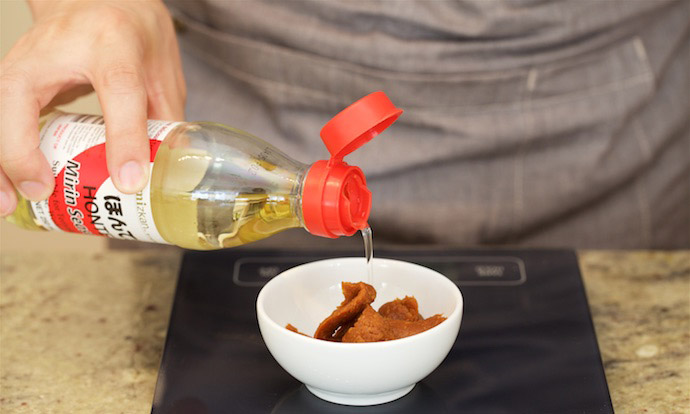 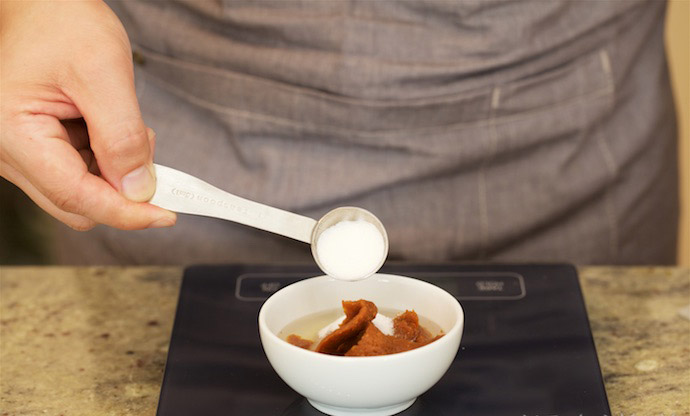 Step 6. Stir evenly so that the “sauce” for the eggplant is ready. 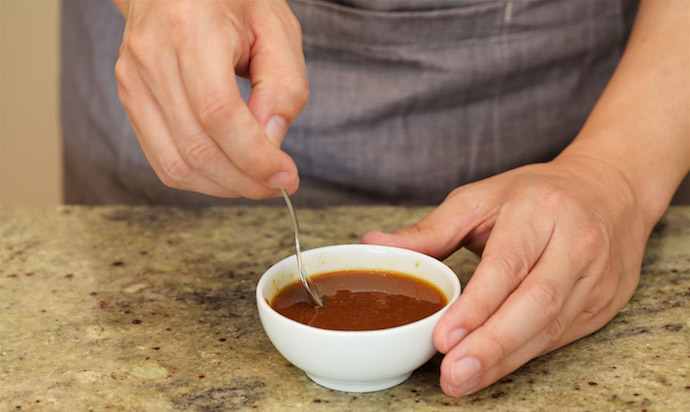 Step 7. With 350 grams of eggplant, cut into 2 cm squares (you do not have to peel it first). On the issue of peeling eggplant, I have done some research. Generally speaking, if eggplant is to be fried in a pan or baked in an oven, it is best to remove the skin of the eggplant. However, the eggplant skin has protected the vegetable and is strong. To say it nicely: it is not the greatest flavor and texture, however, If it is merely fried or steamed eggplant, whether or not to peel it is completely up to you. But remember: removing the skin will leave the meat of it unfortified, so it can much more easily lose its texture and become mushy. 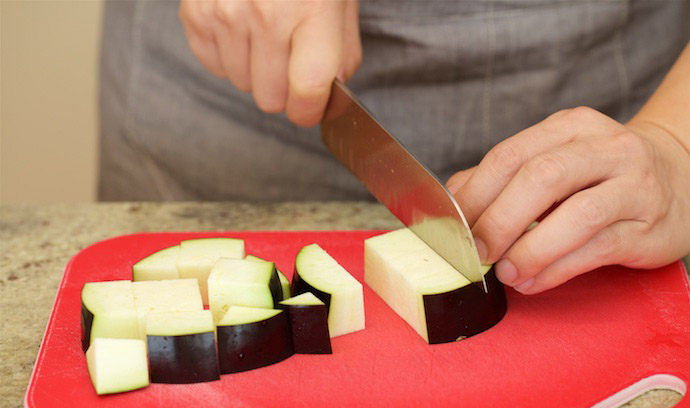 Step 8. Take a deep frying pan of about 24 cm round with a cover. Preheat for 90 seconds and add 30 grams of sesame oil. Yes, you read it, sesame oil. Most of the sesame oil in Chinese cuisine is used in the seasoning of salad dishes. In Japanese cuisine, it is unceremoniously promoted to other aspects however. Dumplings are put into sesame oil, fried foods are also mixed with some sesame oil, and even steaks are fried with sesame oil! Whether you like it or not, sesame oil is really worth trying, and you may be surprised at how delicious you find it! 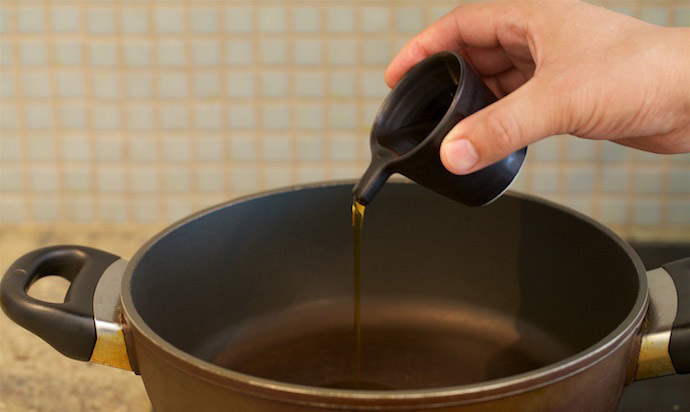 Step 9. Put the chopped eggplant into the pan and stir-fry until the eggplant has absorbed all the oil. Then continue to fry for about 1 minute. 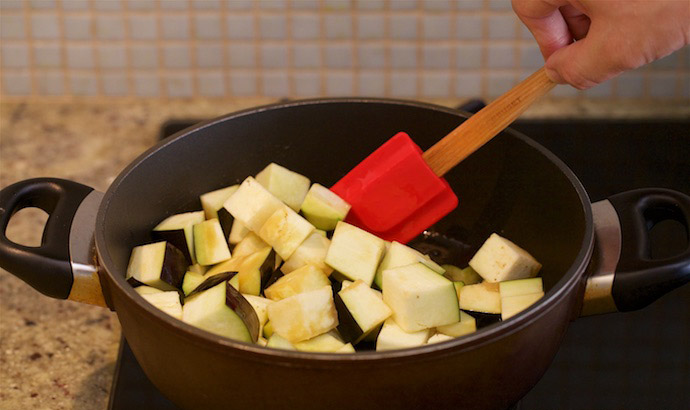 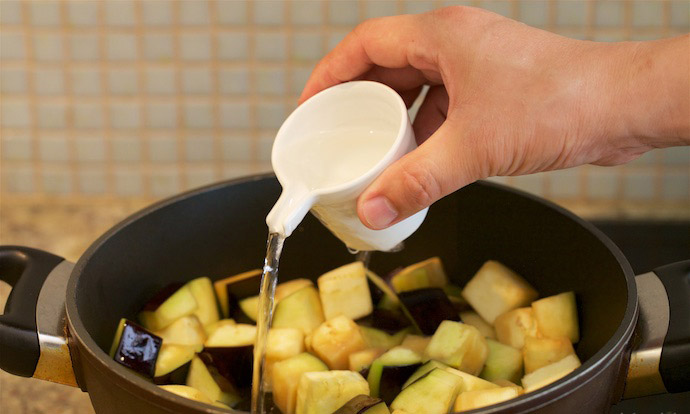 Step 11. Put on the lid to keep the water vapor in the pan. Heat for 4 minutes. With this method of frying and steaming, the eggplant can be softened quickly. Compared with just fried, the taste is not inferior, a little less greasy, and with a little more of the eggplant fragrance. Because the power of each stove is different, and the thermal conductivity of the pot is also inconsistent: if the moisture in the pot is found to have dried completely, you may wish to lift the lid and add a little more water. If it dries out, the eggplant surface may burn or stick to the bottom of the pot, and this will ruin the flavor and texture of your dish. 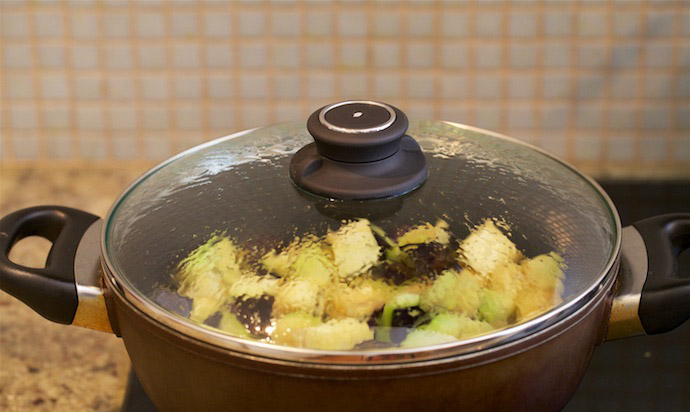 Step 12. Open the lid after 4 minutes, add the sliced garlic and mix well. 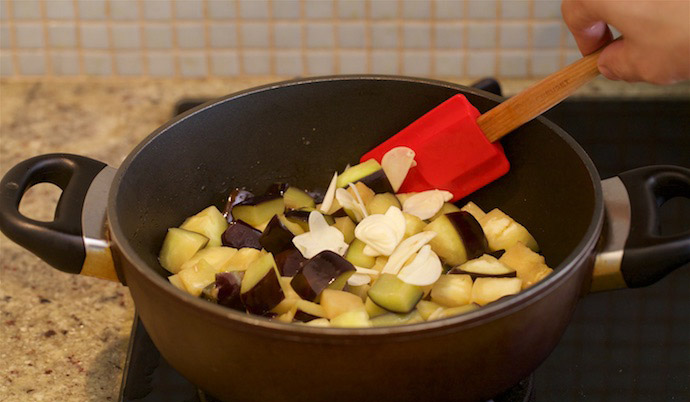 Step 13. Pour the eggplant “sauce” into the pan and mix well. 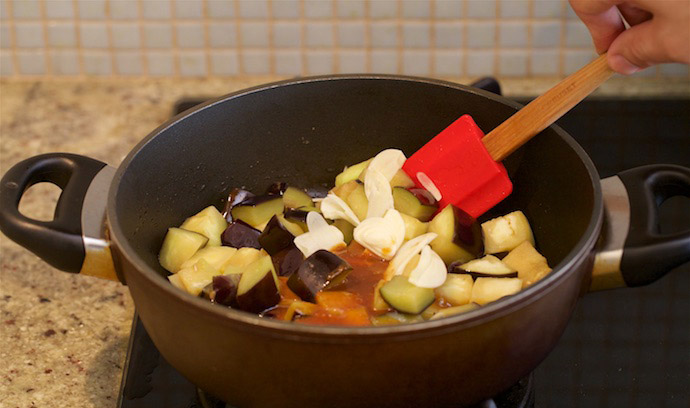 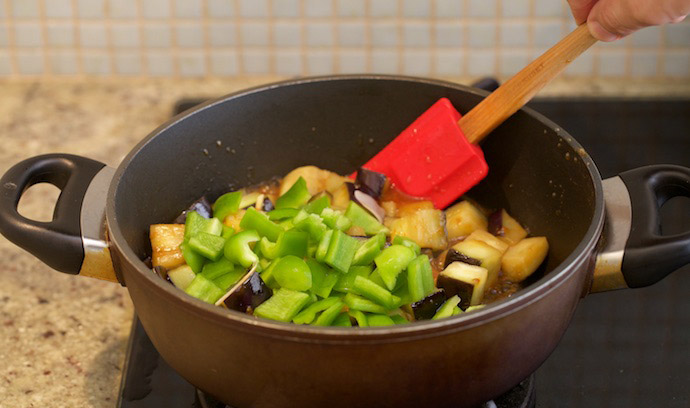 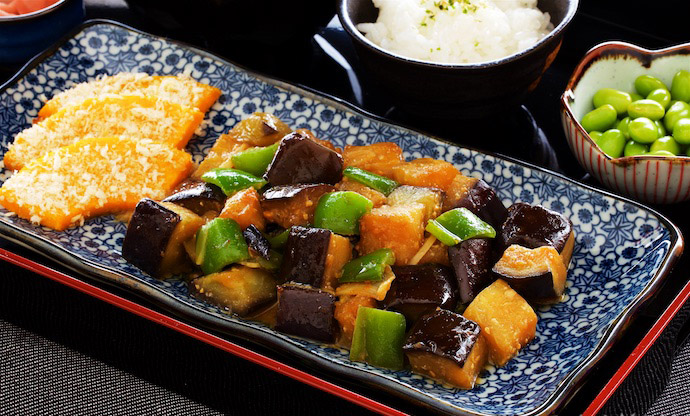 Before serving, try to pour as much of the remaining sauce as possible onto the eggplant so as to enhance the appearance of the dishes. People eat with their eyes first, so make it beautiful! Secondly, the flavor of the dish will be more intense.