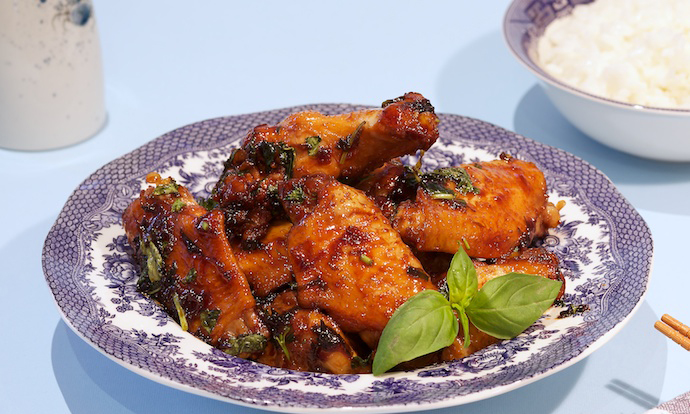 Like all Chinese dishes, Three Cup Chicken also has a story behind it:

During the Southern Song Dynasty, the national hero Wen Tianxiang was captured. When an old woman from Jiangxi heard that he was to be executed, she made her way to visit him in prison with a chicken and a pot of wine. With the help of one of the jailers, she was able to visit Wen Tianxiang.

She cut up the chicken and poured three cups of rice wine in the bowl, and simmered it on a small fire. An hour later, she served it up to Wen Tianxiang, and he ate with a heavy heart, it being his last meal.

Back home in Jiangxi, every year during the Wen Tianxiang Festival, the jailer cooked up this dish to pay homage to Wen Tianxiang. Later, chefs changed the recipe from three glasses of wine to one cup each of sweet wine, soy sauce, and lard. It became a Jiangxi specialty and is now the famous Three Cup Chicken. In 2008, this dish was also selected for the Olympic Games main menu.

Typical Jiangxi Three Cup Chicken has always been on the greasy side, but in more recent times the people of Taiwan improved it by using sesame oil and other vegetable oils to replace the heavy lard and adding the pungent aroma of basil. It gradually gained in popularity and is a familiar and well-loved dish throughout Chinese culture. 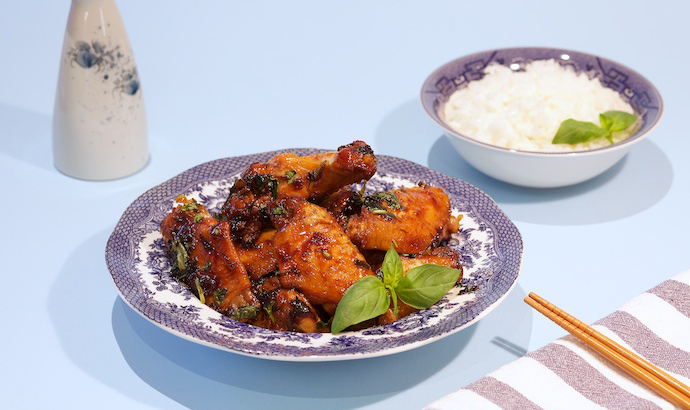 The three important elements in my Three Cup Chicken are:

The fourth important ingredient in Three Cup Chicken is basil. Although this herb has always been grown in both north and south China, it has long been used purely in Western dishes. Fresh basil is not so common in China because it had been difficult to keep fresh, and so it is more often found dried. Basil is the essential flavor in authentic Three Cup Chicken Basil, so be sure to get your hands on some. Basil, is of course, readily available in the US and other Western countries. 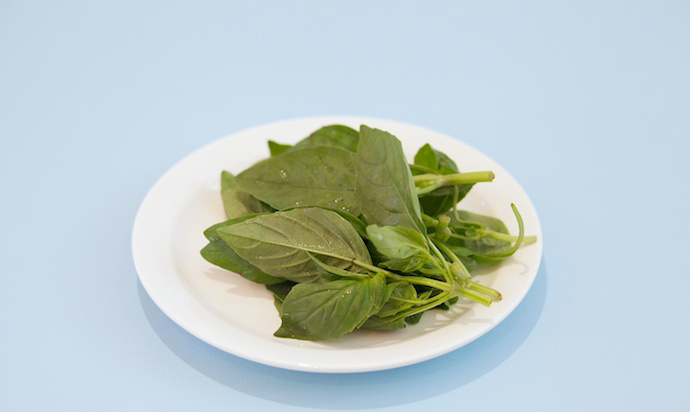 The other ingredients you will need are the most common kinds of seasonings in Chinese dishes: green onions, ginger, and garlic. 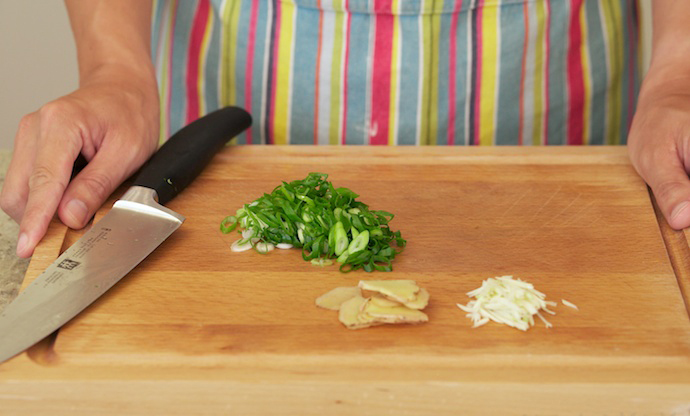 Oh, and of course, I almost forgot the chicken!

I use 750 grams of chicken wings, including the upper and lower joints. The fat content of chicken wings is low, and the meat is nice and tender, which is ideal for this dish. 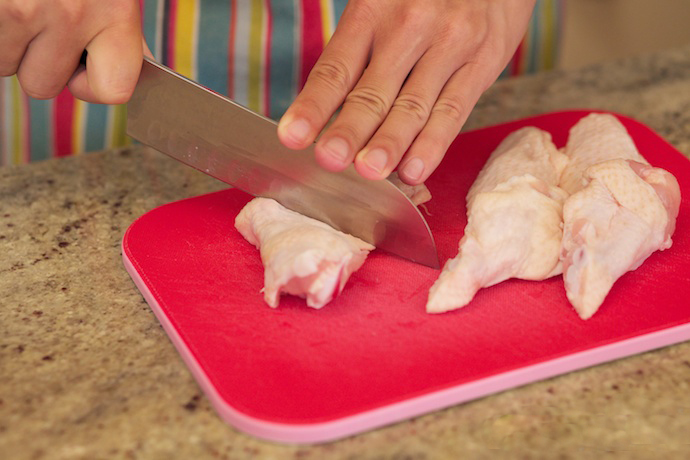 Ok, so let’s get started with the cooking!

Boil up a pot of water and put the wings into the boiling water for two minutes. 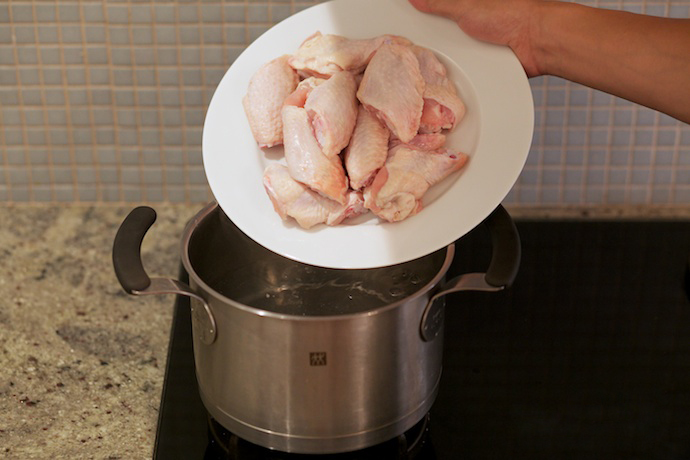 Remove and drain the wings, and let them dry (or dry with kitchen paper). Pre-cooking the chicken saves time at the end. 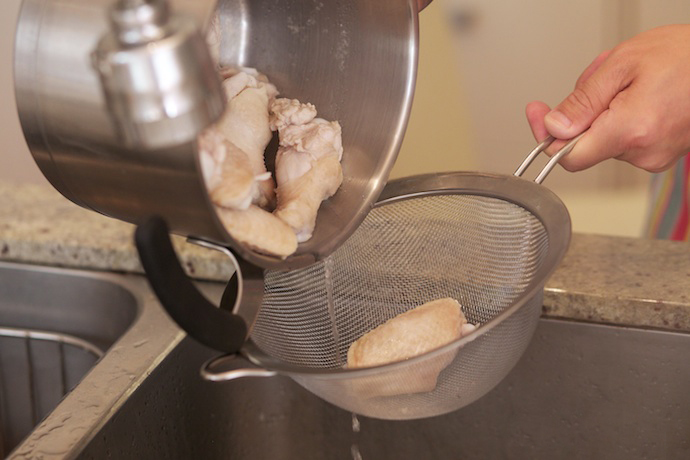 Take a deep pan, warm it up slightly and pour in the 40 ml of oil. 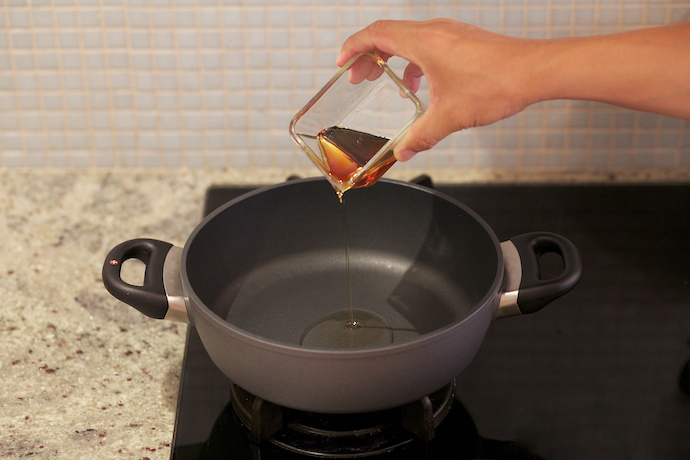 Add the ginger and fry until its fragrance is released. 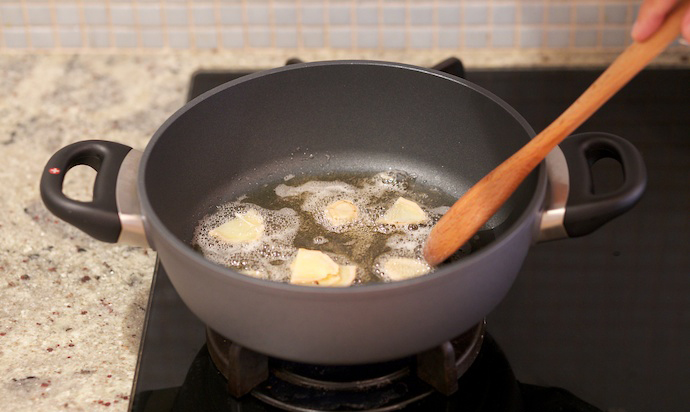 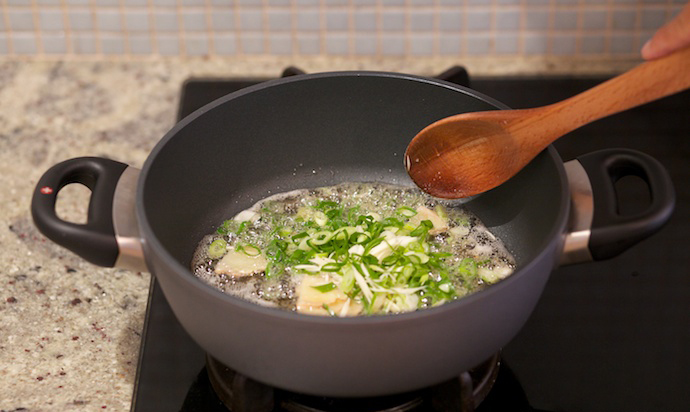 Next, add the chicken wings, 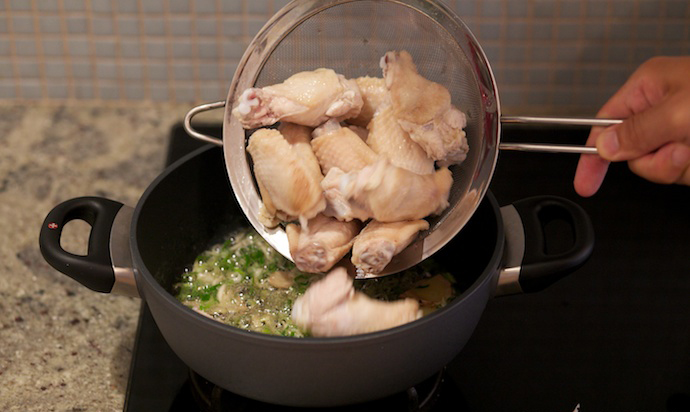 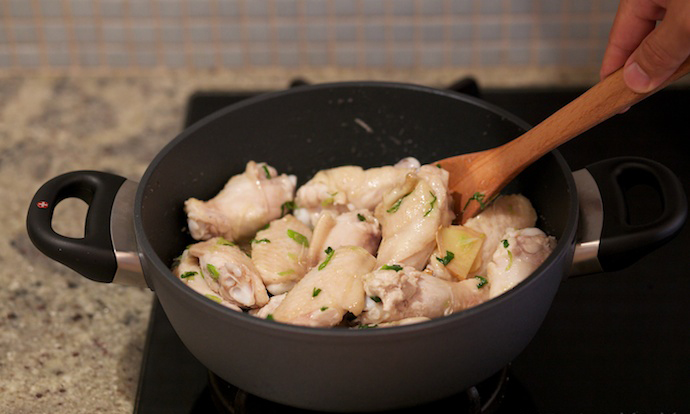 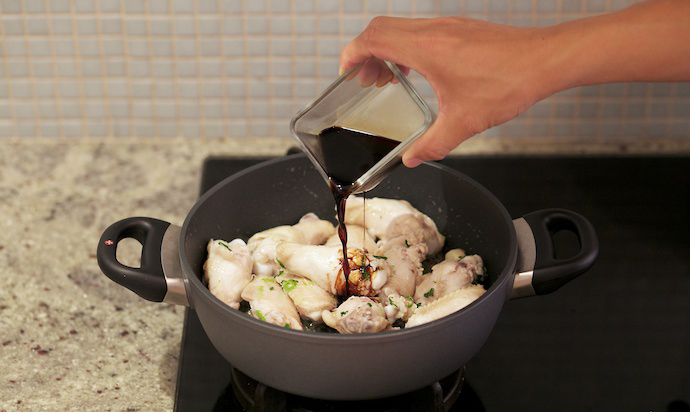 And of course, do not forget to add the wine. 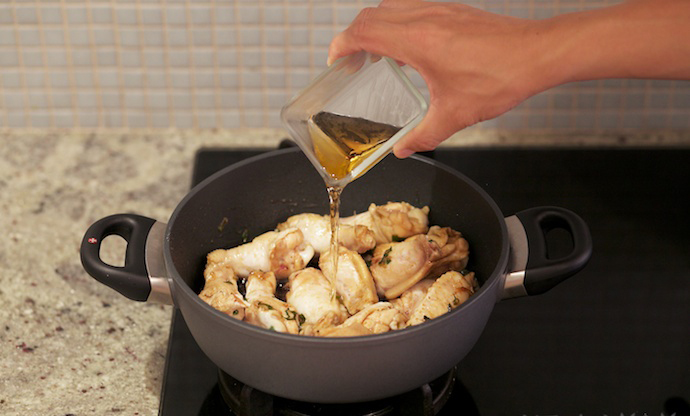 Sugar is also an important seasoning for Three Cup Chicken, of which you will need 25 grams (I have used white sugar).

The two advantages of adding sugar are that it increases the taste of the dish, and the sugar caramelizes at high temperatures giving the chicken a gorgeous shiny, reddish color. 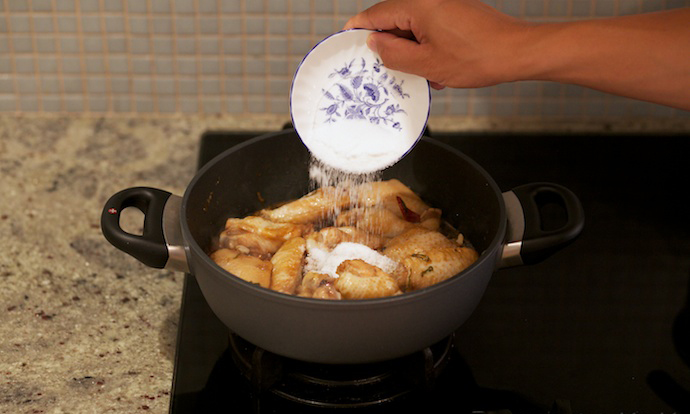 Quickly stir in the sugar. Put the lid on the pot and stew for four minutes. 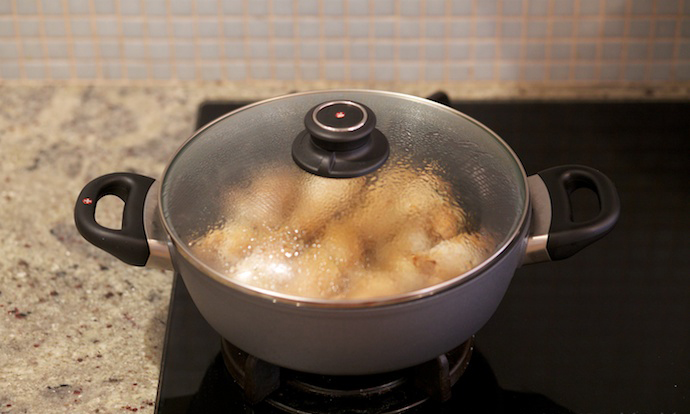 Remove the lid to reduce the liquid and once it is transparent and has caramelized, it is ready. If you continue to heat, the loss is only the moisture inside the chicken. Cooking the chicken for too long will make it dry, and it will lose taste. 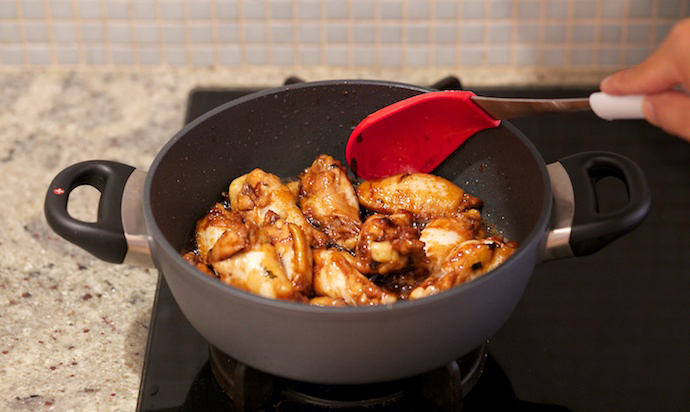 Lastly, toss in the chopped basil leaves. We add the basil at the very end, just before serving because aromatic herbs are delicate and break down quickly at high temperatures. 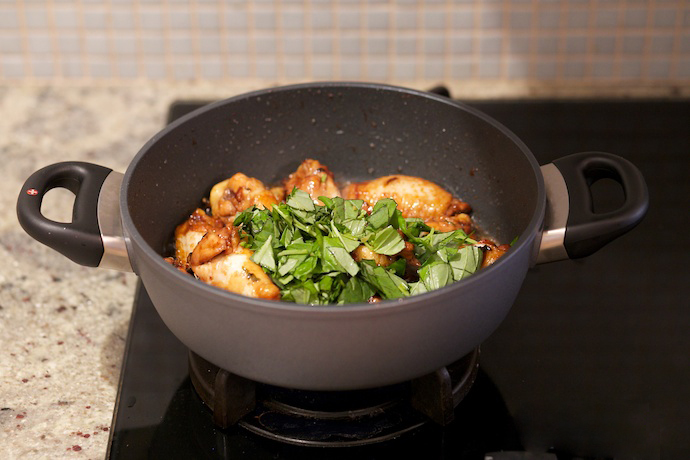 You could even serve the basil at the table.

Serve with rice and a glass of white wine (or three!). 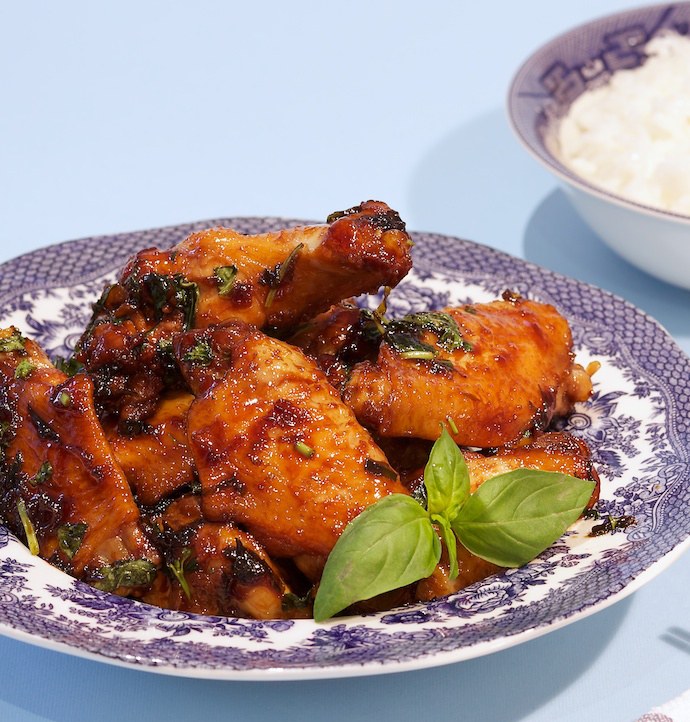