Every culture in the world has their authentic cuisine and with globalization the knowledge and embracing of different cultural cuisines by people has been experienced. 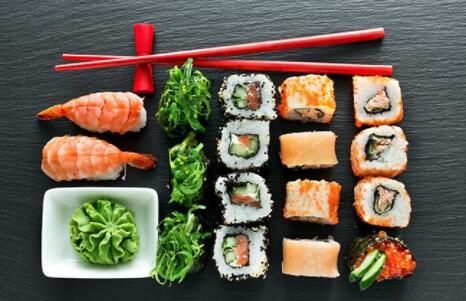 So today we look at sushi which you have probably heard of if not tasted. If you love food then this should be one of your best dishes in the world today. In order to answer our topic question, we need to understand a few points:

Sushi is an artistic, healthy and delicious food that originated from Japan. Traditionally, the Japanese know it as the fermented fish with rice which is normally preserved with salt. Apparently, sushi means sour to the Japanese and since the dish had to be fermented that’s where it got its name from.

Modernization has led to different styles of sushi preparation and thereby penetration into the western market. Today, I can assure you that even if you have never tasted sushi and you ask to be served this Japanese delicacy in a restaurant you will want to start making it yourself but, I must warn you that this is something you may take years to understand how it’s prepared because it’s not only a dish that you see but also a killer skill and art.

What to understand about sushi

The types of sushi

There are so many types of sushi and below are a few of the most commonly used in the world today.

This is an oblong sushi rice that is palm pressed while adding some wasabi as well as a single topping over it. The topping is preferred raw and may include a slice of sashimi like salmon-sake, tuna-maguro, yellow tail-Hamachi, red snapper-kurodai etc. nigiri sushi is the closest to the traditional kind with people altering the ingredients a little if to achieve a distinctive flavour. A good one will require a bit of creativity as well as skill and art.

Note that, any sushi that is hand pressed is classified here. 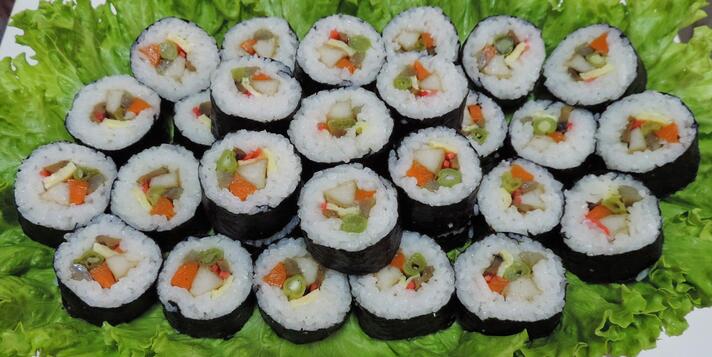 Along with nigiri, this is one of the most popular kind in the world. It entails a combination of sushi rice and other commonly used ingredients that are wrapped around seaweed sheets which is better known as Nori and are usually cylindrical in shapes. The toppings are usually cooked or raw puree, slice or chunk of fruits, vegetable, meat, seafood and any other edible topping.

To have a good maki, always make sure every ingredient complements the other perfectly, the ingredients and toppings are held together and the scent is amazing too. 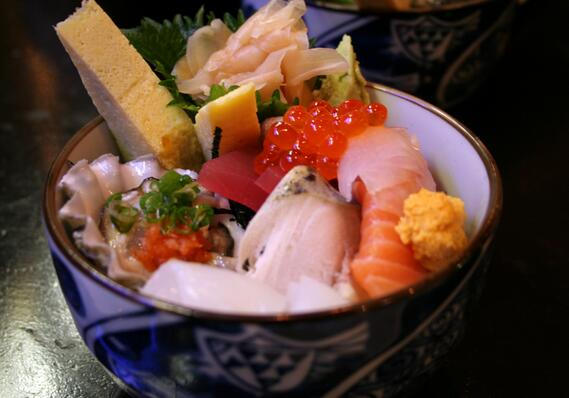 This is also known as scattered sushi. It is a bowl of sushi rice with various options of toppings. So, in Japan, the toppings being used over the bed of sushi rice include salted fish and vegetable pickles while in the US a good chirashizushi has raw tuna, salmon roe, raw salmon, sweet egg, kani, sweet dream and roasted eel. It’s usually eaten with chopsticks. 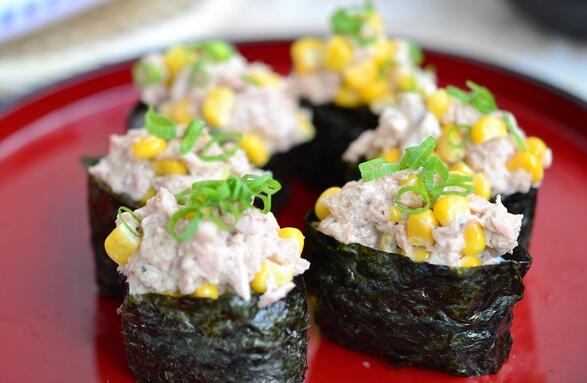 It’s a ball of nigiri that is wrapped in a seaweed-nori strip and has an extra height for other ingredients to be loosely added. Some of the common toppings include sea urchin-Uni, oyster-kaki, salmon roe-ikura among others. You can also use raw spiced ingredients that are chopped or diced as toppings depending on the chef’s choice.

For the stuffed sushi

This is the 3rd in popularity in America and you must find it in any sushi restaurant. It is a pouch of fried and sweetened tofu in simmering soy sauce, mirin, sugar and then filled with rice and other garnishes like mushroom, boiled prawns, shredded omelette and chives. It’s popular because it is easy to make, versatile and portable.

Closely resembles the original sushi which entails fermented rice and fish preserved with salt. The preservation here takes months just as the original one although, after fermentation, one discards the rice. Today, the Japanese have adopted the use of vinegar which helps ferment the sushi quicker.

Other popular sushi in US

It originated from California and is said to be very close to the Japanese roll. It was created with the aim of hiding the seaweed and later on became the basic foundation of American sushi rolls. It entails avocado, crab-kani as well as a cucumber that is cylindrically rolled on the inside out.

This is an American invention too. It is made using cream cheese and salmon and for more flavour, the salmon is smoked while avocado and cucumber are used as toppings.

Americans love sushi but they find it hard to eat the raw fish so most of the recipes here are being altered to include cooked fish and sometimes meat and chicken may be used in the place of fish.

This is one of the famous rolls in the US. It’s an inside-out roll of shrimp tempura and cucumber inside. The outer part is often covered with a slice of avocado making it resemble a roasted eel while using eel sauce and roe as toppings.

The basic bottom ingredient of sushi is rice and fish normally rolled or fish topped with rice. There are different flavours of sushi because the ingredients used to spice it up or for toppings vary from one sushi to another which makes it lack an overpowering ingredient. The common toppings used to flavour it includes the shrimp, salmon, octopus and eel among others.  Different chefs add different ingredients to increase the flavour as well as balancing the taste.

‘what does sushi taste like?’ is often a common question to the people who have never tasted sushi and I must say it is hard to answer it because the taste will vary from one person to the other. Some find it amazingly unique while others find it disgusting and this is often because they eat it wrongly. Some sushi are made of too much wasabi while other people dip it in too much soy sauce.

Bottom line every sushi tastes different because of the different ingredients used to make it. Therefore, there is no right answer to this question.

The health benefits of sushi

For your heart health; sushi has access to the concentrated form of omega-3fatty acids. The good cholesterol helps in the body cholesterol balance by flushing out the bad cholesterol and thereby preventing the clogging of one’s arteries which helps reduce the tendency to get heart attacks and strokes.

Hormonal regulation; most people often eat sushi for the fish component and apart from that the seaweed wrap-Nori that is very rich in iodine that controls our endocrine system and thyroid gland. The proper amount of iodine in the body balances your hormones to balance your metabolic activates as well as other reactions.

Cancer prevention; The wasabi and ginger which are some of the ingredients used in most sushi preparation are known for having an anti-carcinogenic and anti-mutagenic properties due to their enhanced antioxidant compound which helps to neutralize the radicals way before they cause your healthy cells to mutate to cancer cells. In addition, the selenium mineral found in fish used to make sushi exhibit anticancer properties

It helps to improve digestion while also improving your immunity.

Improves the blood circulation; The soy sauce and fish have high levels of iron which boosts the formation of your red blood cells which means the body is sufficiently nourished with the blood cells and the effects include: hair growth, improved skin tone, improved metabolism and healing process speeding.

The best way to answer our question is for you to go out and try the different kinds of sushi. It is important for you to stop listening to the sushi misconceptions and try out one and the next after the next in order to form your own opinion.

I would recommend you eating a makizushi because it is not only popular but tasty too and you have the choice of taking the raw or cooked fish. The toppings give you a mouth-watering experience with their high nutritious value. If you can find a California roll the better because most people are familiar with crabs and therefore the cooked one will be the dose you have been looking for.

Note that, you have to develop an open mind about this delicacy and try the various kinds available to find one that satisfies your taste buds.